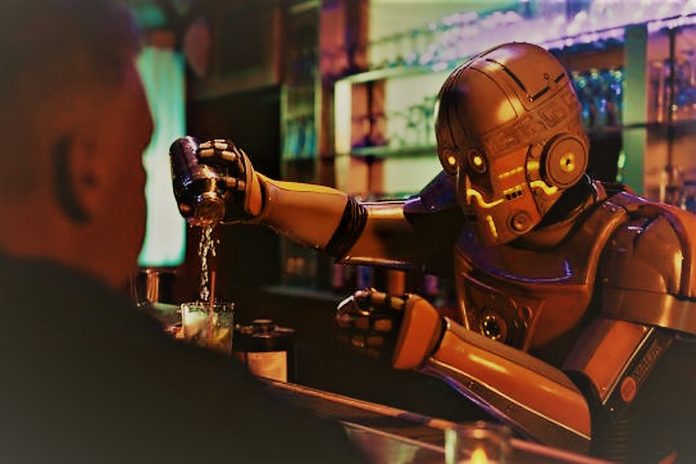 We design machines to make our lives easier. As our devices get smarter and robots get more realistic, there is a looming fear of having our jobs replaced by robots one day.

Rise of the Machine 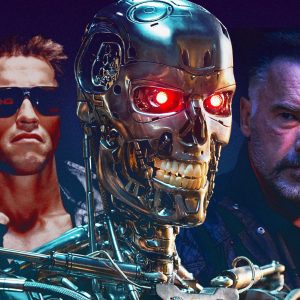 Movies like The Terminator are so successful because they speak to the dark side of technology and humanity’s fear of being destroyed by our own creation. This ‘tech noir’ addresses the very real fear of tech becoming completely out of control when taken to an extreme conclusion.

The Terminator and other films like it came out around the time the auto industry embraced robotic car assembly machines, effectively making many workers redundant. A precision factory robot cuts down on human error, saves the company money on wages and injury payouts, and speeds up the production process.

As robots went from simple arms in factories to full-on, human-shaped robots that walked and talked, our deep-rooted fear of tech remained. What if an automated car kills a human? What if we design a machine that decides to get rid of us? Well, we’re not quite there yet, but we are on the brink of having our drinks poured by robots in casinos and beyond. Which is almost as bad.

Everybody loves the organic, interactive experience of bartenders and cocktail servers. The smiles, the jokes, the customer service trade craft – all add up to a satisfying drinking experience. So, what happens when the human element is removed, and the drinks are poured and served by robots?

Drink dispensing ‘robots’ are already a thing. What started off as ‘the well bar’ was suddenly changed into a fully automated drink dispensing machine. So-called well drinks were cheaper because they came from a dispenser of pre-mixed alcohol and mixers.

The next phase in the robotic bar revolution was to slap a computer onto the bar well, add a touch screen, and voila: no more need for a bartender. There still needs to be human interaction with the machine; they can’t read minds or stock themselves yet. 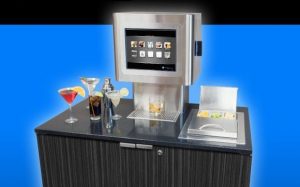 One such machine is called Smartender, a smart device and bartender all in one. A drink server just needs to add ice to a glass, slide it into the machine, and press the desired drink button. The Smartender offers hundreds of popular drink recipes in thousands of variable combinations.

If a customer can’t tell the server exactly what they want and only say ‘bring me something tropical,’ there’s an app for that in the Smartender. The server clicks on the ‘tropical’ category, selects the type of booze and mixer, and the machine does the rest. It even recommends the type of garnish for each drink.

Caesars has already introduced similar bar-bots in their Atlantic City casinos, and MGM Resorts seeks to do so as well. In the current climate of social distancing, a bar-bot just might be the ticket. But it’s not a win-win for everyone.

Bartenders replaced by the bar robot are naturally upset by the so-called progress. But cocktail waitresses at the Caesars Atlantic City casinos are especially upset. They’ve put the ordering directly in the customers’ hands.

Patrons on the casino floor can now order drinks directly from a terminal at their gaming table, the order goes to the bar-bot, and the server merely brings the drinks to the customer.

Some of the waitresses at these casinos have filed a petition with the New Jersey Division of Gaming Enforcement. The petition requests the department to examine the system for any obvious problems.

One of the obvious problems mentioned by the waitresses was the lack of customer contact. Without proper interaction before and after the drink order, a server has no way to tell if her customer is too drunk and should be cut off.

According to a representative for the Unite Here, the casino workers union, this is a very valid point.

But the casino operators see the automated bartenders a necessary part of progress. They say the system is more efficient as it allows gamblers to continue playing rather than waiting around for drinks. And in the current coronavirus climate, the minimized contact is safer.

MGM Resorts launched its massive cost-cutting initiative, dubbed MGM 2020. The plan saves $300 million in costs, $100 million of which is paid out to labor. And each cocktail ATM costs about half of what the average bartender makes.

In addition to the obvious payroll costs, MGM said the machines offer a wealth of benefits. By exactly portioning all the drink ingredients, the bar-bots prevent overpours and drink waste. The bar-bots also keep a database of all materials and orders to alert a human handler when a new tank of booze needs to be added. There is also precise accounting of the number of drinks served and which servers delivered them, adding to the bean counter’s bottom line.

MGM continued to tout its tech by stating that the big picture includes universal drink guidelines and measurements across all its casinos, resorts, and restaurants.

Progress at What Price?

The biggest opponents of the automated bartender machines are the bartenders and servers themselves, but many customers complain about the bar-bots. 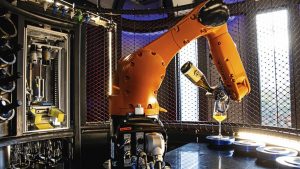 According to visitors to popular Las Vegas blogs and forums, most of the comments were negative. Several people commented on the loss of jobs, the reduction of the middle class, the increase of the rich and poor. Others lamented the loss of the human interaction. The friendly server and the bartender banter might be replaced by an impersonal drink-bot.

Our opinion: keep the bartenders and servers in the casinos where they belong; they’re a vital part of the whole casino experience. As for the bar-bot, we’re waiting for them to be mass produced by China so they can be cheap enough for us to have them installed in our homes.