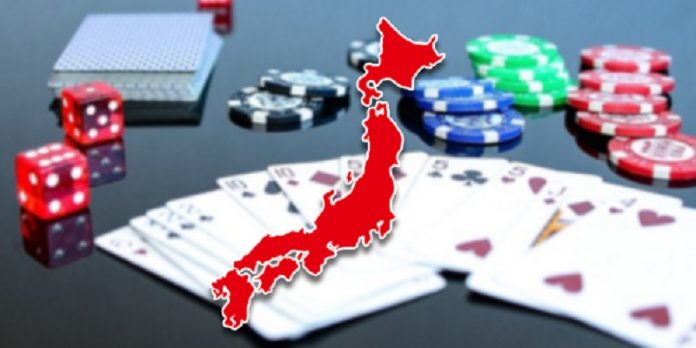 Towns, cities, and provinces in Japan are lining up the bidders for the first few international resort (IR) casinos, but gambling is not legal yet. However, Japan is home to more than 4.3 million gaming machines, representing 58% of the global gaming machine count of 7.4 million.

The machines in question are pachinko machines, and Japan has an awful lot of them. They are not considered gambling according to Japanese law; they are simply dubbed ‘vertical pinball machines.’

A huge space full of rows of pachinko machines lines a Japanese gaming hall, and the people are ensconced in a web of brightly-colored electronics. The seats are plastered with neon-pink-and-blue cartoon characters, but the punters are all adults.

Drop a coin in the slot, and a ball is released from the top, and it bounces from pin to pin in a downward motion. If the ball hits the right spot at the bottom, more balls are released, as well as prizes. So how is that not gambling?

According to the Australian Gambling Technologies Association (GTA), pachinko machines are classified as gambling terminals. Japan does not consider pachinko a form of gambling because the machines are trading in prizes, not cash. But since the prizes are routinely traded for cash at businesses right next door to the pachinko hall, the distinction is a fine line.
According to Japan, a game which pays out in prizes instead of cash is not gambling – even though millions of Japanese citizens dump huge amounts of money in their pachinko machines.

The debate about what constitutes gambling rages on in the UK over loot boxes in video games. The games technically don’t pay cash, but millions of children have access to games which take real money and pay out in ‘skins’ instead of cash. These skins are costumes, armor, weapons, and vehicles which gamers use to customize their video characters.

But the loot boxes operate on a random number generator (RNG) much like online slot machines. And since some kids lose their allowance money when a loot box appears with nothing inside – opponents argue that this is tantamount to gambling. And it’s the underage gambling that worries the UK government the most.

The typical land-based casino in America contains a thousand or more slot machines on its gaming floors, making up 70% of the overall gambling action. Even so, the U.S. came in at a distant second place with nearly 900,000 machines. Italy ranked number 3 with 320,000 machines, and Germany came in at number 4 with 277,700 gaming machines.

But Japan swept the winning number of gaming machines with a whopping 4.3 million gaming machines. That’s an awful lot of balls bouncing off of metal pins.

Japan is in the final stages of accepting bids from global casino operators for the first international resort (IR) casinos in Japan. The recent relaxation of Japan’s gambling laws has resulted in a rush to see who will be granted the first 3 gaming licenses in Japan.

The usual megaresort casino developers are all lining up along Japan’s shores to measure the grounds for their first IR casino. Sands, MGM, and others are all throwing their hats in the ring to see who will get the first chunk of yen out of Japan’s gamblers.

This will promise to pump billions into Japan’s gambling tourism economy, but it will also pay off huge for the casino developers.

They’ve already got the gamers lined up in rows under the flash and bling of the pachinko machines. It’s only a matter of time before Japan’s pachinko players get to trade up to the slots and card tables.