Get ready online poker fans! PokerStars third annual NJSCOOP will be April 14 through April 30. It is the premier championship of its kind for online poker players, and I know we will see a lot of you there. Well, at least virtually. The event has been hugely successful the past two years. This year, payouts will total $1.3 million or more, which positions this event to be the biggest online poker championship in the history of the state of New Jersey. Here are the details:

These special additions make it easy to qualify for the Main Event. You will also have a chance to win a Bahamas vacation package worth $30,000. As well as the cash prizes, the winners for the Main Events (both Low and High) will be awarded a much sought-after Platinum Pass package for the PokerStars Player’s NL Hold’em Championship in Nassau, Bahamas, scheduled for January 2019. This package includes the $25,000 tournament buy-in and a six-night stay at the Atlantis Paradise Island Resort. There will also be some additional add-on expenses covered. In total, 30 prize packages will be awarded.

You can either opt to buy in directly to the tourneys or qualify through a satellite. Free options are available and include the Main Event Freeroll Challenge in addition to a freeroll participation event for 40 lucky players who choose to participate in other amazing NJSCOOP events.

What can 50 cents buy you? The answer to that question is, well, usually not much. You can’t even get a cup of coffee for 50 cents. But, this small amount of change is all you need for some of the paid satellites. The $4 Spin & Go tourneys are also going on right now. 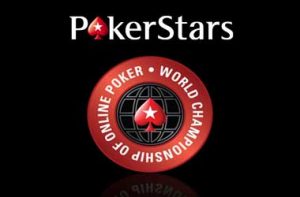 Since 2009, PokerStars has been holding online SCOOP events. The WCOOP (World Championship of Online Poker) is a predecessor that is held during the fall and winter.

PokerStars moved the concept to New Jersey initially in 2016. The first NJSCOOP awarded $1.1 million and had 54 different events. Last year, the number of events increased to 70 and the payout was increased to more than $1.2 million. This year’s event is expected to top both those events.

At the most recent WCOOP in 2017, the Main Event winner walked away with about $1.6 million. Other prizes awarded to leaderboard winners included a PCA package with $20,000 cash, as well as the Non-NLHE leaderboard winner who was awarded $10,000 cash and the Champions Trophy.