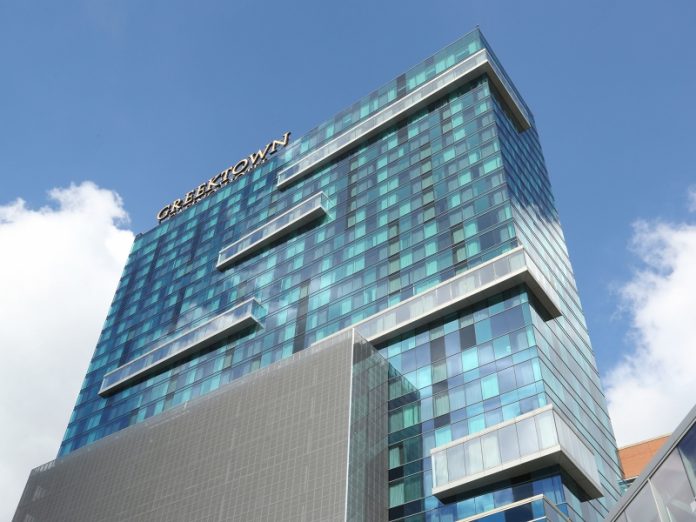 Penn National Gaming and Vici Properties closed the deal last month for the Greektown Casino and Hotel in Detroit. The cost of the sale was $1 billion. With this deal, Penn National signals it’s continuing to expand its gambling empire. In addition, it plans to continue to partner with Vici Properties in the casino market. 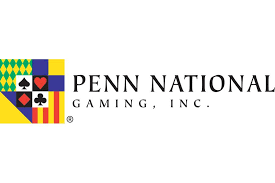 However, for the most recent purchases, Penn National has partnered with Vici Properties. Vici Properties is a real estate investment trust. It owns 23 casinos, hotels, and racetracks in several states. Vici Properties spun off from Caesar’s Entertainment after that company went through bankruptcy. The total assets of the spinoff company are more than $11 billion. 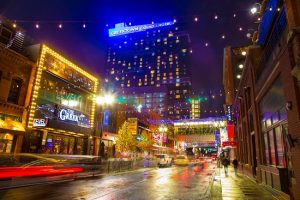 Greektown Casino is one of the four downtown Detroit casinos. Named for the historic Greektown area of Detroit, the area had many Greek immigrants living there in the early 1900s. In the early 1990s, the area became a National Historic District. Many of the Greek immigrants and their descendants moved out in the late 20th century. However, the area is still home to Greek-owned businesses.

The idea to build a casino in Greektown was the brainchild of the Chippewa Tribe of Sault St. Marie. The Chippewa thought a casino in downtown Detroit would bring tourists back. In addition, it could bring in money to the tribe. The groundbreaking for the casino was in 2006 at the height of the real estate boom. It took three years to complete. The country was undergoing a recession, and revenue, even for a newly opened casino, was hard to come by. The Chippewa sold the casino as part of their bankruptcy case to Jack Entertainment.

Greektown Casino has 400 rooms and 100,000 square feet of gaming space. It has the usual combination of slots and table games. However, it also has something unique. The casino has a gaming space that combines live table games and eSports in one location. Gamers are able to place bets and compete with each other in a live gaming setting. This venue has proven to be extremely popular for the casino.

Penn National and Vici Properties entered into an agreement that has increasingly become more common. Both companies entered into a triple-net agreement. Under this agreement, Vici Properties bought the land and real estate and, then, leased the property to Penn for 15 years. The agreement allows the companies to renew every five years up to four times. Penn agreed to paid Vici $55 million each year for the lease. While Vici paid $700 million for the property, Penn paid $300 million for the operating assets of the casino.

The companies are taking advantage of the revitalized downtown in Detroit. Downtown Detroit has come back from the recession in a big way. Tourists are flocking there for major sports attractions, such as Comerica Park for Tigers baseball. The Detroit Pistons play in Little Caesars Arena, and the Lions play at Ford Field. The theater district has also proven very popular and conferences are beginning to return to the area.