Loot boxes in gaming have been around since the beginning of the 21st century. But, the chorus of people and businesses lining up against the in-game purchase feature is continuing to grow. This has prompted action from U.S. and European gaming regulators.

The regulators have signed an agreement to work together to ensure people don’t pay for loot boxes with cash. The regulators also want to target third-party websites that allow gamers to sell the “loot” they bought online for cash. 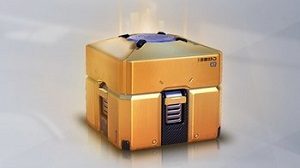 Loot boxes are in-game purchases of products. They have been in video games nearly since the turn of the century. Japanese and Chinese gaming companies invented loot boxes in the early 2000s when there was a rise in multiplayer games. The loot boxes first became popular in the West through Facebook and other social media in-game apps. Then, they moved into traditional video games. With social media games on Facebook, players played the games for free. But, if they wanted to add things to enhance the gaming experience, such as weapons, they had to pay. Players also got “points” for recommending the game to other people on social media via their friends’ list.

Loot boxes continued to evolve over the last five years. At the beginning of their popularity in the United States, players used “fake” money, or points, that they earned. However, newer games have allowed players to use actual money to purchase additional levels, equipment or other game enhancements.

The Prevalence of Loot Boxes

Gradually, loot boxes began to appear in the most popular multiplayer video games. The first company to use loot boxes was Electronic Arts (EA). EA is a multimillion-dollar video game company whose sales are in the hundreds of millions of dollars. Electronic Arts allows loot boxes on several of its most popular games, including Star Wars Battlefront II, Overwatch, and FIFA ’19. EA is not the only video game maker to use loot boxes. However, it got excessive attention over the summer because of the use of loot boxes in Star Wars Battlefront II.

The New Group of Regulators

The regulators include representatives from the Washington State Gambling Commission. In addition to the U.S., the commission includes regulators from Austria, France, Ireland, Latvia, Poland, Spain, and the United Kingdom. With the exception of the U.S. delegation, the commissioners came from European countries. However, the commission is hoping to have additional members within the next six months.

The regulators plan to come up with guidelines that companies will have to follow with regard to loot boxes. Many countries feel loot boxes that require players to pay cash to get a prize is a form of gambling. There is the chance the player may not get anything, and that makes it seem like a lottery. Companies usually market these games to children under the age of 18. Therefore, the regulators have said the loot boxes encourage gambling in children and youth. It encourages them to continue to spend money in the hopes of getting their hands on a loot box.

Some members of the commission are choosing to wait before any discussions begin. However, there are some countries that have already begun banning loot boxes that require cash to make a purchase. They have also banned the use of third-party websites that give gamers the chance to sell loot boxes for cash. Some third-party websites, such as Steam and Valve, have removed the ability of players to trade loot boxes for cash. The commission is hoping to draft legislation that all countries will use. They want to ensure video gaming companies are in compliance with the best interests of the gamers and themselves.