It’s that time of year again – football season. At the beginning of the year, every team is hopeful it will walk away with the Big 10 Championship. But, not all the teams can make it there.

With that in mind, here is a preview of the Big 10 football teams. 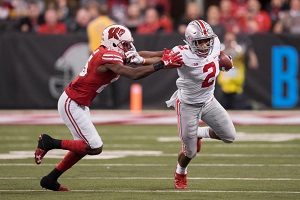 Wisconsin is returning with a great record from last year when the team was 13-1 overall. It has roughly the same offense that got the team its great record in the first place. In fact, the depth at linebacker may be the best it’s been in years. However, the team does have one issue: its defense. Its defensive team lost nine players from last year. The key match-up for this team will be Sept. 22 versus Iowa. So, if the team can get past the Hawkeyes, it may be poised for another run.

In contrast to Wisconsin, which had a good year last year, Iowa can only get better. The team did not do well in the conference last year, although it did have an 8-5 record. Iowa is gifted with a favorable schedule, and what looks to be an amazing defensive line. However, the run game has been spotty at best. The Hawkeyes are going to have to learn to be consistent if they hope to improve over last year’s record.

Northwestern University is returning a nice crop of starters, seven on offense and seven on defense. In addition, the team’s coach has matured into a top-tier coach. However, the team will miss its tailback and two safeties. The team is also going to be in trouble if its quarterback hasn’t recovered from his torn ACL.

In contrast to the other teams in the West Division, Purdue is a team in transition. The team is improving over an abysmal decade, and the offensive line should be improved from last year. The largest problem with Purdue is the defense, which was great last season. However, the team lost all but four of its starters because of graduation or injury.

Sadly, not everyone in the Big 10 is going to have a winning record. Although Nebraska should be better than in previous years, getting the team back into winning form isn’t going to be easy. With a new coach, Nebraska’s prospects are looking up. However, these players aren’t used to winning, and the coach will have to work hard to return the winning culture to the Cornhuskers. 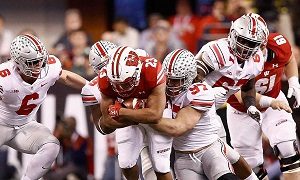 There are so many things wrong with the final two teams in the Big 10 West, it is difficult to know where to start. First, there’s Minnesota. While the schedule is friendly, it isn’t going to help the Golden Gophers much. None of Minnesota’s quarterbacks has ever started a college football game. The offensive machine from last year at tailback injured his leg in March and will be out for the entire season. The team is also missing its offensive line coach, who abandoned the team for Michigan. It is difficult to see this team winning many games.

The good news for Minnesota is it is not the worst team in the West division. Illinois did not win a game in the conference last year and only won two games overall. The team has two early games that it could win. In addition, the offense should be better this year with Epstein’s return. However, the quarterback position is just awful, and there is no one on the roster for Illinois who could improve the position. The offense was so bad last year, the team only managed to score more than 17 points in one game the entire season. That means the offense must improve quickly if Illinois has any hope of more than two victories.