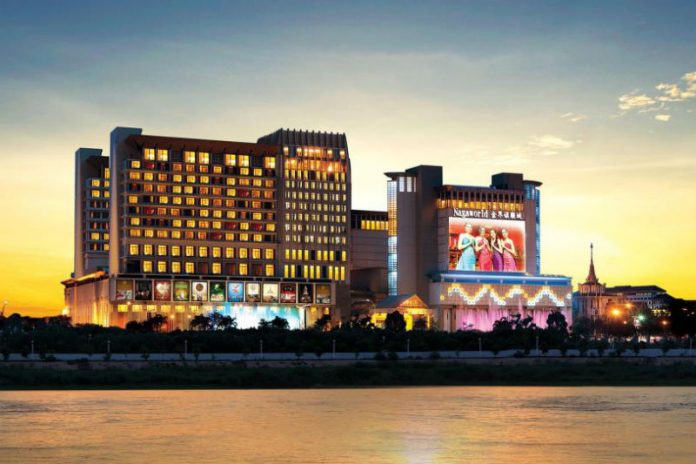 The coastal town of Punta del Este, Uruguay is about to receive a facelift in the form of a $450 million casino resort project. The hospitality group Cipriani will kick off the ambitious casino project in a bid to transform Uruguay into a global gambling destination.

Monaco of the South

Punta del Este has been called the “Monaco of the South” due to its reputation as a gambling destination with gorgeous beaches featuring incredible views. Gambling is nothing new in Punta del Este, which has hosted several casinos and a fair share of gambling tourism since the 1940s. The small town of less than 10,000 people has long enjoyed a reputation as a playground for European tourists.

The town was established in the 16th century by Spanish explorers, but expanded in the 18th by the Portuguese. The former San Rafael Hotel, built in 1948 in Tudor style, is the site of the proposed casino resort. Cipriani plans to completely restore the aging hotel building to its former glory, with the addition of modern resort and entertainment facilities adjacent to the hotel.

The San Rafael Hotel is credited for bringing in waves of tourism to Uruguay over the past century, and as an important part of Punta del Este’s history, it will be restored to its former glory. The original hotel also operated a casino which attracted famous politicians, artists, and royalty over the years. According to a Cipriani press release, the resort plans include “the faithful reconstruction of the iconic hotel, once the glamorous destination for celebrities and politicians coming to Uruguay, as well as the preferred choice for South Americans and international visitors.”

Cipriani has partnered with the famous Uruguayan architect Rafael Viñoly on the project, and plans to break ground in August. The project will include an additional 164 hotel suites and over 800,000 square feet of resort space.

Cipriani elaborated its plans for the project in another press release: “The new complex … will include the faithful reconstruction of the emblematic San Rafael Hotel, preserving the original design and complementing it with beautiful residences, restaurants, spa, pools, casino, theatre, boutiques, and a serviced beach club. Historic heritage, modern sensibility, and taste for timeless luxury will deliver the most unique experience in Punta del Este.”

In addition to the 164 suites in the new hotel, the resort will offer 70 rooms in the original San Rafael Hotel building after complete reconstruction. The resort management is optimistic that the hotel will attract visitors who enjoy the charms of Old and New World designs merged into one resort. Alongside the luxury resort residences and suites, the historical San Rafael will be entirely furnished with pieces handcrafted by Italian artisans, led by Florentine architect Michele Bönan. Construction on the resort is expected to be completed in 2021.

The President of Uruguay, Tabaré Vázquez, has already approved the gaming portion of the project, and a bidding process for a casino license is underway. According to local media, Cipriani has a competitive advantage in the race for the gaming license.

The Cipriani Ocean Resort & Club Residences will face competition from 3 other casinos in Punta del Este. The town’s largest player is the Conrad, the largest luxury venue in the region, named after famous hotelier Conrad Hilton. The Conrad offers 75 table games and 550 slot machines. It also has 12 poker rooms and 6 restaurants.

The Cipriani group was founded by Guiseppe Cipriani in the early 1930s, when he opened the legendary Harry’s Bar in Venice. The popular Venice watering hole has attracted its fair share of celebrities over the years, including Charlie Chaplin, Truman Capote, Ernest Hemingway, Woody Allen, and George Clooney.