This is a love story between a nun who was a fervent opponent of gambling and a mobster in Chicago. The mobster was neck-deep in the gambling trade in the Windy City. While it doesn’t appear to be a good love story, it’s a story full of hope and redemption.

A Sister Meets A Mobster

Sister Pauletta was 88 years old when she met B.J. Jahoda. She had been a fierce antigambling activist for years. She believed gambling was not only a sin, but it also destroyed families and lives. However, the man she met and became very attached to, Jahoda, was no ordinary mobster. He was a good mobster. He eventually became one of the fiercest critics of mob life and gambling life. 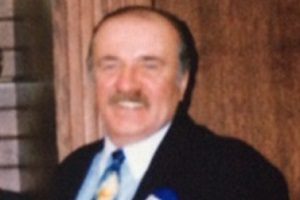 Jahoda had been in the mafia for as long as he could remember. He had various jobs for the Infelise Family. However, the leaders found he was best at gambling schemes through sportsbooks. He also acted as an enforcer for those sportsbooks. He was a particularly good oddsmaker. Jahoda’s abilities meant the mob amassed millions of dollars in the 1970s and 1980s.

Jahoda was proud of himself for his oddsmaking prowess. But he also had nagging issues of doubts about what he was doing. He believed it was OK for people to gamble for fun or entertainment. He worried, however, that people who were placing bets could not afford to do so. He also knew the mafia killed off his competition—literally. Jahoda knew of two independent bookies who refused to leave the area, and the Infelise family had them killed. Jahoda worked for the infamous family for many years.

A Decision to Change

By the late 1980s, Jahoda had enough of the mob life. The thrill of gambling and oddsmaking paled in comparison to the number of people the Infelise family had killed. Many of those people were gamblers or involved in gambling. He decided to turn state’s evidence. Jahoda became a witness for the government and wore a wire to collect evidence. His testimony put 19 mobsters in jail and ensured the destruction of a crime family responsible for many lives. For his role in bringing down the crime family, Jahoda didn’t go to jail. Instead, he went into the Witness Protection Program.

As a result of his testifying in court, Jahoda had to get a whole new identity. During his period in the Witness Protection Program, he became a strong advocate against gambling. This is how he met Sister Pauletta in Springfield, Ill.

Sister Pauletta had grown up in a small town in Illinois. Her parents ran a hotel where mobsters from Chicago gathered to play poker. She met Jahoda at an antigambling conference. She didn’t know his name at the time, only his nickname, which was “Sonny.” Because Jahoda knew so many people in Illinois, he couldn’t stay at a hotel. He asked Sister Pauletta to hide him in her convent. It was there they began to talk to each other about their lives.

Sister Pauletta found in Jahoda a man who didn’t want organized crime to control gambling. She found out he was now, later in his life, vehemently opposed to gambling. She found his confession of guilt and his determination to change his life very impressive. She told him he would not pay for his lodging that evening. He left her with a gift of a bluebird, which represented hope and blessing.

Jahoda and Sister Pauletta became good friends and exchanged letters to each other through Catholic friends. She told him his greatest gift was he realized his mistake. And, he wanted to help others learn from those mistakes. They remained friends until he died in 2004. Sister Pauletta wanted everyone to know how much she loved him and respected him. She said everyone has two Jahodas in them—and they have to choose which one to live with.