While Rhode Island was one of the first states to legalize sports betting after the Supreme Court voted to overturn a ban on sports books, it did not adopt sports gambling as quickly as some of the states around it. Now within a week’s time, two casinos will be up and running with sportsbooks in Rhode Island. Before May, only Nevada offered single sports gambling, as other states were forbidden to do so by the Professional and Amateur Sports Protection Act of 1992. However, the Supreme Court ruled that each state needed to be able to determine whether or not to allow gambling. According to the Court, the federal government has the power to regulate commerce between states, but not within the states. Since each state can only allow gambling within its borders, the Court ruled that the law was not constitutional. Several states have passed legislation to allow sports gambling at casinos and racetracks: Mississippi, Pennsylvania, West Virginia, New Jersey, Nevada and Delaware. All of the other states began sportsbooks in the summer, or in the fall before the football season began. 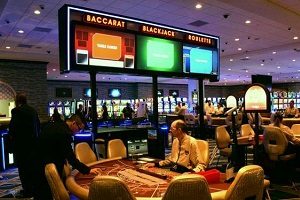 Rhode Island has had a form of legalized gambling through racetracks for decades. There are currently two casinos in the state that are also racetracks. In its earlier history, the state did not agree with gambling because of its Puritan background. While lotteries were allowed in the state to pay for wars when Rhode Island was a colony, the state quickly moved to ban them after it became an American State. However, times change, and the needs of the state outweighed the puritanical beliefs of the 18th and 19th centuries. Rhode Island legalized horse racing in the 1930s and pari-mutuel betting around the same time. A state lottery came along in the 1970s, but there was no further expansion of gambling until the 1990s, when slot machines were expanded into racetracks. However, in the 21st century, the state, facing revenue shortfalls from Rhode Islanders moving to Massachusetts, decided to move towards gambling, and in 2012, opened two casinos. 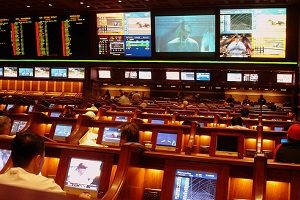 Rhode Island began talking about the legalization of sports gambling at the same time that it legalized casino gaming. However, until May all talk was a moot point, because the Court had not yet ruled. However, after hearing the ruling, the state leaped into action. Rhode Island legalized sports gambling in June as a part of the overall state budget. The original plan was that sportsbooks would be in play on October 1, however the casinos faced setbacks. The Twin Rivers Lincoln Casino opened their sportsbook on November 26th, while the Tiverton casino went live on December 3. Currently, Rhode Island is the only state in New England to offer legal sportsbooks, and the state expects to make a nice profit from proximity. State accountants have noted that Rhode Island is expecting to collect $12 million from the casino sportsbooks through the end of June 2019.

The Future of Gaming in Rhode Island

The ink on the sportsbooks is barely wet, and there are some legislators in the state that have noted they want to continue to push forward with additional legislation to legalize mobile betting. Not only do the legislators want to launch mobile sportsbooks, but they also want to mobilize the gaming industry as well. Many legislators want to allow online casino gaming, as well as sports books. Mobile apps are also up for a possible vote in the legislature after the New Year. It is possible that Rhode Island will rival Pennsylvania in the number of offerings for gamblers in the state, and therefore reap the profits.