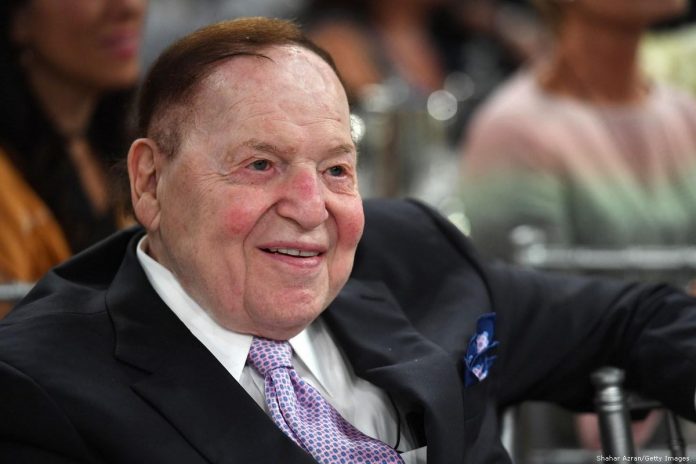 Las Vegas Sands casinos reopened in early June, but they’ve seen a huge drop in business due to the pandemic. But LVS owner Sheldon Adelson has pledged to maintain casino employee pay and benefits through October 31.

Sheldon Adelson is a billionaire casino mogul and a Jewish philanthropist who supports the cause of Israel. After he released a letter to his 10,000 employees that he would continue to pay their salaries and benefits until Oct. 31, someone tweeted that Adelson is “a mensch” and an honorable man.

At a time when many billionaires are seeing tax breaks and taking corporate welfare from the U.S. Government, Adelson has decided to personally bear the brunt of the financial burden of paying his employees. In the letter to his employees, he promised to continue paying employees through the crisis, and he recognized the ongoing financial burdens they bear during these trying times.

This could not have come at a better time, as the federal coffers are drying up quickly – at least for working people. Many working class people face the end of their unemployment benefits at a time when the pandemic shows no signs of abating.

In the letter to his employees, Adelson said he recognized the personal challenges they face during the pandemic, including caring for elderly relative or spouses who have lost their jobs. School closures have also placed additional burdens on working parents. 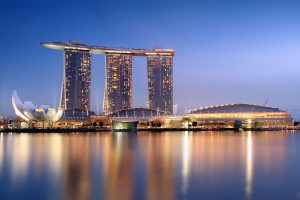 Adelson’s Las Vegas Sands (LVS) company is one of the industry’s largest casino resort companies, with properties dotting the globe from Vegas to Macau. Adelson made his billions by expanding his casino empire steadily over the past decades. The iconic Marina Bay Sands casino in Singapore is the highlight of the city’s skyline.

LVS reported a 97% decline in revenue in the quarter ending June 30. Travel and tourism has been decimated by the pandemic, and the few casino visitors are mainly locals. LVS showed $98 million in net revenue last quarter, down from $3.3 billion last year in the same quarter.

Sheldon Adelson is a vocal opponent of online casinos, and has contributed large amounts of money to Republican candidates who see eye-to-eye with him. Adelson runs the Las Vegas Review-Journal and the Hebrew-language free daily newspaper Israel Hayom.