Alabama can truly be called the buckle of the Bible belt. One of the tenets in many churches in Alabama is that thou shalt not gamble. At all. This means that when a tribal casino in the state wants to donate money to rebuild Baptist church damaged by a tornado, the church turned the money down. The church did not want to practice what it preaches—and what it preaches is that gambling is wrong. 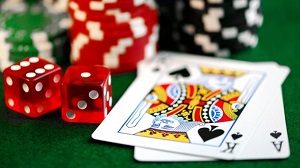 To put it mildly, there is very little gambling at all in the Yellowhammer State. The state has one greyhound racetrack that has gambling slot machines from time to time when it is not doing battle with the government over them. Three other casinos in the state are run by the Creek Indians, but they do not offer table games. Instead, they offer electronic bingo games, and some slot machines. There is no horse racing tracks. There are no true casinos. There are also no poker halls. Alabama has even flirted with the idea of not allowing charitable bingo parlors, but settled with letting the counties decide that one. Alabama also has no lottery. The state is deeply conservative, and believes that gambling is against their religious beliefs. 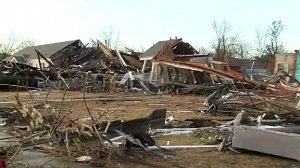 The recent tornado sequence in Wetumpka was not nearly that dangerous. Last month, an EF 2 tornado with winds as high as 135 mph struck the town of Wetumpka. Several houses, two churches, and the police department were damaged. One church, First Presbyterian, was completely destroyed. Cars were damaged beyond repair, and trees were uprooted and thrown across the road.

In all, the Wetumpka tornado was on the ground for about 20 miles. It was not the first tornado has hit the down, but it is the most damaging tornado to hit the city in a long time.

Wetumpka has a tribal casino located in Wetumpka. There are 2500 gaming machines on the floor, and it is a Four Diamond Resort with 283 hotel rooms. There are high-limit machines, and a non-smoking gaming section. The casino employs 1200 people, and is one of the largest employers in the area.

The Wind Creek Casino in Wetumpka donated $25,000 to the First Baptist Church, $25,000 to the First Presbyterian Church and the Wetumpka Police Department. While both First Presbyterian Church and the Wetumpka Police Department gladly took the money and thanked the casino for their contributions, the First Baptist Church, did not. The lead pastor of the church stated that they were very moved by the casino’s donation. However, neither he nor his congregation support legalized gambling, and to take the money would put them in conflict with what they believe.

Other churches in the Southern states that are hard hit by tornadoes have had no problems taking money in the past. For example, when an EF5 tornado struck Joplin, Missouri, casinos have money to rebuild and it was accepted. It should be pointed out however, that Missouri is a gambling state, with casinos and a lottery—neither of which Alabama has.

At this time, Wind Creek in Wetumpka has not said whether it will accept the check back into the casino’s emergency funds. It could allow the other church and the police department to split the rebuilding funds between themselves to continue rebuilding efforts in the town.