Many people compare gambling to the stock market; there are times that call for skill and research. Other times, gambling and buying stocks are a risky game of chance.

In recent years, many companies that specialize in gambling products or casino resorts have become part of the stock market. Some economists have recommended gaming companies as a nice addition to a portfolio because of the enormous growth potential. However, not everyone is excited about the addition of gambling stocks into portfolios because of their volatility. Goldman Sachs decided to remove the Las Vegas Sands from its buy list, because of the changeability of the stock. 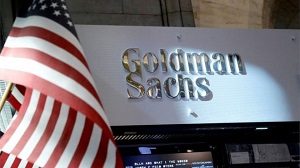 The Goldman Sachs Company was founded by two men in the mid-nineteenth century. The company began as an exchange of stocks and later diversified into other banking and financial investments. It had $32 billion in total revenue in 2017. The company has endured crises, including the Great Depression in the 1930s and the Great Recession of the early twenty-first century. But the company has survived. Goldman Sachs has diversified into commodities and also moved into tech stocks, funding of several stock offerings such as Twitter and Apple. The company has become increasingly well-known for its willingness to take some risks while still maintaining overall portfolio security.

Goldman Sachs has long been a fan of gambling stocks, even when other investment companies were not. However, the company has recently changed its position, and has forecast dimmer prospects for gambling companies. Part of the reason Goldman Sachs made this decision about the Sands is because of the Sands’ heavy investment in Macau. Macau is one of only two areas under Chinese control where gamblers are allowed to gamble legally.

Macau is a province in Southern China that was a former Portuguese colony. Gambling has been allowed in the colony since the nineteenth century. China has encouraged gambling on the province, and the area has flourished. Gambling revenues in Macau reached nearly $40 billion last year. That amount is almost three times the amount of money the second largest market – Las Vegas – pulled in. 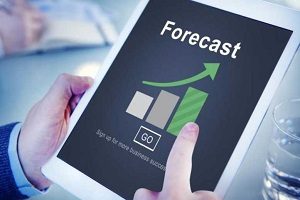 Goldman Sachs removed the Sands from its buy list is because the forecast for Macau continues to be stagnant. In 2016, the Chinese government decided to crackdown on what it considered illegal activities at the casinos in Macau. Government officials were forbidden from conducting business at the casinos. This decision had a chilling effect on the gaming business overall, especially the high rollers. VIP clients, in general, do not have any desire to be in the limelight, and they want to be able to bet in peace. So they have been going to other locations. Since the original crackdown happened over two years ago, Macau’s casinos have not fully recovered. The Sands and MGM Resorts have seen a twenty percent reduction in revenue in Macau. The Wynn Resorts have seen its revenues cut by thirty percent. Because the revenues continue to be uncertain, Goldman Sachs has decided, for now, not to bet on casino stocks.