Arizona Native American tribes have managed to score nearly $27 million in revenue during the first fiscal quarter of 2018. This represents a two percent increase from the same period last year and points to continuing growth.

Tribal Gaming in the State

It is interesting that Arizona tribal gaming has seen an increase in revenue. Approximately thirty years ago there was no gambling in the casinos at all because casinos were illegal in Arizona. For several years the Indian tribes in the state wanted the right to gamble on their reservations.

The state allowed dog and horse racing for decades and allowed the lottery in 1980. The state was adamantly opposed to legalizing casino gambling. However, they found a friend in John McCain, who lobbied for, and eventually passed legislation. The Indian Gaming Regulatory Act allowed gambling in the state of Arizona on tribal reservations. Currently, there are twenty-three casinos on tribal lands within the state.

A Major Source of Income 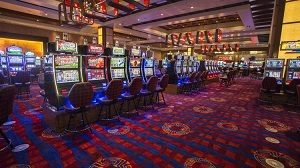 When tribal gaming began in Arizona, there was very little revenue generated from it. Now, over $100 million in revenues from tribal gaming go into Arizona’s treasury. The state used the income to work on its infrastructure, and social welfare systems within the state. The tribes used the money to improve the educational and business opportunities for their people. The tribes have also used the additional money to fund better housing and heating for their tribal members. Over the last twenty years, the casinos have become more state of the art, with updated machines and graphics. The jackpots are also larger.

The recent successes of the tribal casinos have fostered a need for continued expansion. But the state has been reluctant. This may spark future conflict between the tribes and the state government. At this time, the state government has no desire to allow gambling within the state to expand. However, the tribes are interested in further expansion into online gambling, daily fantasy sports or sportsbooks. The expansion represents the next frontier for tribal gambling.

State government officials are not looking to expand gambling in Arizona. The government has also noted it’s best to keep an open mind concerning gambling since it has been so successful.

There are several different options for fantasy sports that tribes might be able to use. For example, daily fantasy sports such as DraftKings and FanDuel give players several options. They can play in a single game or single day contests. They can also play longer in weekly, monthly, or season-long games.