Southland Casino Racing in Arkansas announced this week that it will end its long tradition of greyhound racing by the end of 2022. Once Southland closes its doors, there will be no dog racing tracks left in the entire state. This decision comes just a few weeks after Florida announced it will ban greyhound racing and close all tracks still in operation in the state by the end of next year.

This is a long-awaited move, and one that many voters around the country have been pushing for.

Dog Racing is Slowly Fading Away 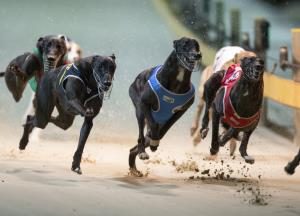 Dog racing is now illegal in 41 states – with Florida joining by the end of 2020. Four additional states (Kansas, Oregon, Wisconsin, and Connecticut) have ceased all live racing, but there’s still no official law prohibiting racing in the state. With Florida joining the list of states banning dog racing, only five states remain where racing is legal and operating on a regular basis: Texas, Arkansas, West Virginia, Iowa, and Alabama.

Arkansas has already agreed to end greyhound racing by 2022. Southland Casino Racing, the only live dog racing track left in Arkansas, kept hosting dog races because it would otherwise lose its casino license. Last week, the Arkansas Racing Commission approved a petition (started by Southland itself) that allows the company to close the racing area and still keep its casino license to operate in a different form.

While dog racing will technically remain legal in Arkansas after the closure, there will be no tracks in operation – and dog lovers in the state hope it will remain that way and spark other tracks to follow the example.

Brian Carpenter, general manager of the Iowa Greyhound Park, disapproves of the move and says they hope to remain in operation for years to come. “This will be my 36th year of greyhound racing, and it will be sad to see when it goes,” Carpenter said.

The Dark Side of Greyhound Racing 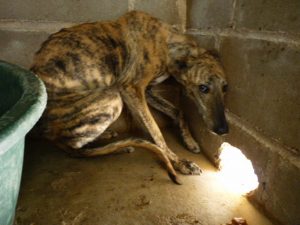 While betting aficionados like to focus on the “fun” side of racing, anybody who’s an animal lover will tell you there’s a much darker side to the story. Racing is a rigorous sport that often results in devastating injuries and permanent damage to the dogs’ tendons, muscles and spine. These are very expensive issues to treat, and many of them will put a dog out of competing for good – which is why many racing greyhounds are euthanized every year after they get injured on the track.

Even those that manage to avoid major injuries can no longer compete after a couple of years, their joints too damaged to support the heavy burden. Without a system in place to help these dogs, most end up in kill shelters around the country. According to GREY2K USA Worldwide, the largest greyhound protection organization in the world, “at tracks across the world, greyhounds routinely suffer broken legs and other serious injuries.” In addition, “many greyhounds test positive for serious drugs, including cocaine. In the U.S., female greyhounds are given anabolic steroids to prevent the loss of race days.”

Anti-greyhound-racing groups are celebrating the recent closures and changes in laws, and focusing on West Virginia next. After the upcoming closure in Arkansas, there are only five racing tracks left in the country, and two of them are located in West Virginia. Carey Theil, the Executive Director of GREY2K, recently said they’re currently urging the WV legislature to pass a ban. “This is our top focus,” Theil says. “[We] are going to fight for this and support it.”