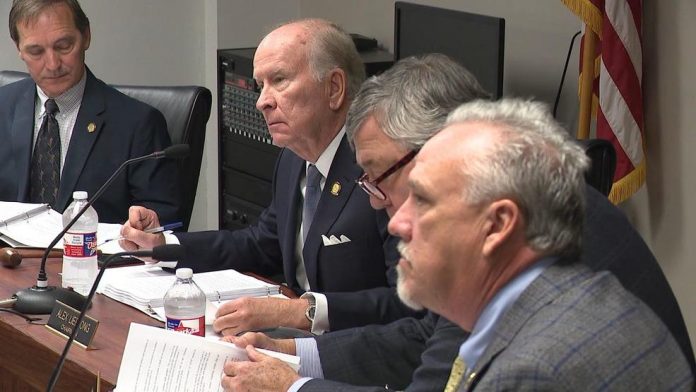 On Thursday, a session was brought together which required public opinion on a new set of casino rules, on top of plans for the construction of a new casino in River Valley, Russellville. According to notes taken after the meeting, 188 out of 194 comments were put forward, which pertained the issue of a casino also being built in Pope County.

Judge Ben Cross, a representative who addressed the Arkansas Racing Commission on Thursday said to press “The will of Pope County was spoken at the polls on this issue,” he said. As their representative, I’m just here to re-clarify that’s where we stand on the issue.”

Cross along with Russellville’s Mayor (Richard Harris), both specified that neither of them have any plans to submit favorable letters to casino operators looking to stake a flag in Pope County. But the new legislature put in place, does outline the mandatory need for at least one of the officials to provide a letter of support to potential operators before they can qualify as a candidate for a new casino.

“The issue of the proposed language of the rule is important to the citizens of Russellville if we want to make sure that we’ve got a level playing field in whomever comes into our community to operate a casino, if that happens,” Harris said.

“The process that was used for vetting prior to the current administration was not open, was not forthright. It did not provide the criteria that they used or the process that was used at that time has not been communicated effectively to the citizens or to the current administration. What this language will do is allow us the opportunity to go into a public type of communication with any and all potential operators to let us select what we feel is best for our community.”

Tension among Operators and Officials on the Rise

Gulfside Casino Partnership in Mississippi, already managed to obtain a letter of support, prior to the Mr. Cross stepping in as the current Judge for Pope County. Former ex Judge Jim Ed Gibson, and Russellville’s former Mayor, Randy Horton, were both in favor of a $250 million casino resort to be built in Russellville, but it is now said that these letters have become void and are no longer applicable to the current circumstances.

“If the purpose of the amendment is to issue four licenses, one in Pope County, then I think that any rule that frustrates that purpose has problems constitutionally,” said Casey Castleberry, official attorney for Gulfside.

“We’ve satisfied what the amendment requires. If this commission tries to add another caveat to the requirements of that amendment, then that’s what I believe to be problematic.”

Castleberry also told press that Gulfside Casino has full intentions of submitting an application for their own casino license in the county. She also expressed fears over the submission being immediately rejected, however, if such were the case – it would give the firm rights to take the Racing Commission to court over violation of the state constitution.

“With all due respect, it’s crystal clear that Pope County doesn’t want this,”

Both CEO of Clarksville Regional Economic Development Organization, Brian Eisele, and Herman Houston recently suggested a way to combat the Pope County casino debate, simply by moving the casino to the outskirts of Johnson County. This would mean less of a risk to inland workers, where employment rates are already on the decline, after a corporate plant announced their closure last week – only adding to the numbers of people without jobs in the county.

In order for Amendment 100 to be implemented and facilitate the move from Pope County, the legislation would require two-thirds vote from both the Senate and House. But public opinion notions the fact that any chances to the state constitution should have the full backing from the people, and not just the board. The decision as to whether the new rules will be approved, has been scheduled for discussion at the Legislative Review Committee on Monday 25 February.