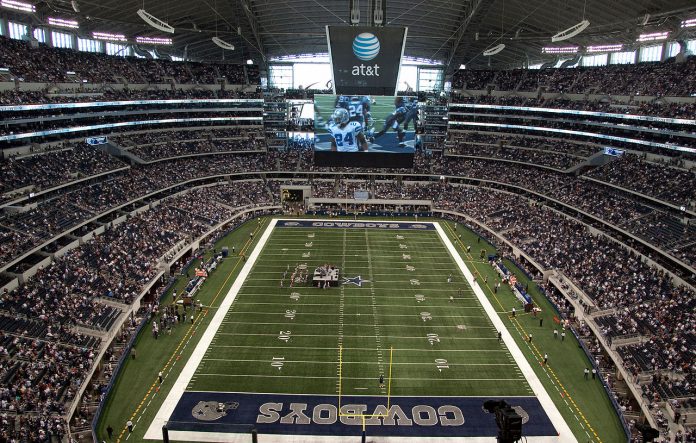 Arlington, Texas, prides itself on being the home of the University of Texas. The city is also home to the Dallas Cowboys, the Texas Rangers, and WNBA’s Wings. Now, Arlington aspires to become a premier destination for competitive gaming.

Recently, the City of Arlington announced that it will build a stadium that is designed for eSports, which is designed for gamers. The facility will be 100,000 square feet and will be the country’s most flexible stadium. It is expected to open this fall in the city’s Entertainment District.

Jeff Williams, Arlington’s mayor, announced the city’s creative partnership with eSports during a news conference held at the Arlington Convention Center, the place that will soon be the home of eSports Stadium in Arlington.

Williams stated, “being on the forefront of new ideas and setting trends is in our DNA and part of who we are as The American Dream City.” He also shared that the new eSports stadium will make the city even more appealing to international and national tourists. Williams predicted that individuals may come to Arlington for the sports tournaments but will stay for the eSports stadium.

By working with entertainment and sports architects from Populous, Esports Venues LLC and the City of Arlington have planned to spend $10 million on the center. They want to turn the stadium into an entertaining and exciting experience for spectators.

Brian Mirakian, a senior principal at Populous, stated that “this eSports stadium will transform the Arlington Convention Center and position the city as the epicenter for eSports in the heart of North America.” He also shared that fans of eSports will come in direct contact with an experience that is live and unlike any other. There will also be space for 1,000 spectators, year-round events, and VIP features.

The agreement with Arlington also includes an initial decade-long lease with an option to renew. The city investments in equipment and renovations would be satisfied through yearly lease payments and revenue from the naming rights at the events and stadium, along with other eSports industry opportunities.

Arlington can become a budding market in sports and entertainment and is ready to make investments that will appeal to those who want to participate in eSports tournaments and additional sports entertainment events, according to Ron Price, CEO and president of Arlington Convention and Visitors Bureau. 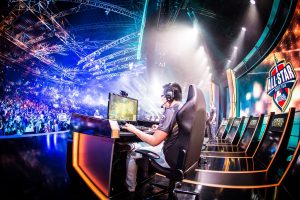 The eSports industry is currently estimated to be around $493 million and is expected to be worth $1.5 billion by 2020.

Price said, “We are creating the most unique and technologically advanced space available for meetings and conventions in North Texas. The production capabilities and technological innovations being introduced to the current facility are like nothing the market has seen before.”

The stadium will be managed by NGAGE eSports, which is a leading entertainment and marketing firm in the United States. It has experience working with the biggest and best companies in the world to increase fan engagement through brand partnerships, social media campaigns, and asset building.

Jonathan Oudthone, NGAGE president, commented, “We are extremely excited for the opening of Arlington’s eSports stadium and see it as nothing short of a milestone for the industry. Our collaboration with the City of Arlington will give Texas and American eSports a platform worthy of the vitality and impact it’s so swiftly developed.”

The University of Texas at Arlington has an active gaming community.

Vistasp Karbhari, UT Arlington president, asserted the school is proud of its students and is happy to know students will participate in many of the eSports events. The facility will only be 10 minutes away.

The facility will have VIP accommodations and social and retail spaces, as well as room for events and plenty of room for gaming. Williams says the city is ready for eSports tournaments to make Arlington their home gaming site.