New Jersey brought the lawsuit against the United States that eventually struck down the federal law outlawing single sports betting in every state except Nevada.

Now, that states have the right to choose whether to allow single sports gaming, the spotlight is on the Garden State. With the PGA Tour heading to New Jersey, other states want to see how it is going to work out.

Currently, the PGA Tour doesn’t need money. Its revenue was approximately $1 billion in 2017. Compared with the revenue of the NFL or the NBA, this is not much. But, when you consider the number of people who play professional golf, it’s not bad.

One of the first places that opened a sportsbook after New Jersey legalized gaming was Monmouth Park, which is about an hour from the Northern Trust event. This will be the first time pro-golf gaming will be on display since the pro-gaming bill became law in June.

One item on the PGA’s agenda is to form partnerships with casinos and tracks that will allow sports gaming. It has been looking at the MGM Resorts’ partnership with the NBA as a template to determine what it could do. The PGA, like the NBA, wants to earn 1 percent of the gaming revenue in the state for itself.

The Case for Golf and Mobile Sports Betting 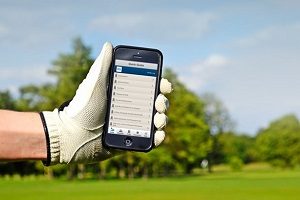 In addition to wanting a cut of the gaming proceeds from the racetracks and casinos, the golf organization is also looking at the future of gaming. It appears that will be either online or on a mobile app. Experts have noted the majority of illegal sports betting that is currently active in the United States is online. One goal that New Jersey had was to legalize online sports betting. And, that would mean the vast illegal online market would be greatly reduced.

The PGA has recognized that for the tour to get behind online gaming, it needs to change a few rules regarding partnering with casinos or horse tracks. Currently, there are rules in place that prohibit PGA representatives and players from having a partnership with any gaming institution, whether online or offline.

The PGA Tour is looking at the recent tournaments held in areas where legal bets are allowed. Although it is scarce, the organization is also looking at the information where illegal bets take place. In addition, it is examining the volume of betting that is taking place on golf tournaments, especially the major tournaments. In other areas, such as Europe, many golf tournaments are wagered on, even if it is not a major event.

Like the NFL, the MLB, and the NBA, the PGA has been in the process of crafting policies that will allow players and other people who work for the organization to associate with gaming and gaming houses. These policies would allow them to get sponsorships and forge mutually beneficial agreements without compromising the integrity of the matches. While it is rare to have legal issues with golf players who might be tempted to compromise a game in favor of someone else, it’s not unheard of.

If the PGA Tour can craft policies regarding its players and other workers, its tournaments, and potential gambling sponsors, it may lead to wealthier purses for tournaments and an overall increase in revenue.

In addition, the PGA Tour must work out how the revenue will be shared with online and mobile gaming platforms, as well as on-site, because these venues might allow the tour to engage with fans in new ways.