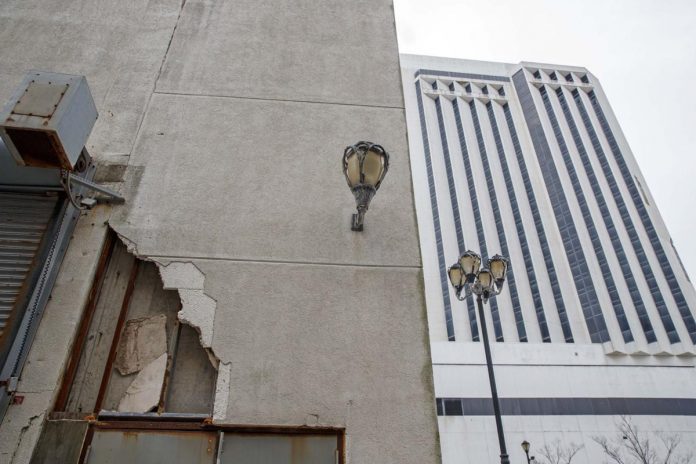 “It’s [a] blight on our skyline … [and is] the biggest eyesore in town,” Mayor Small said in a statement. “My administration’s goal is to tear Trump Plaza down.” 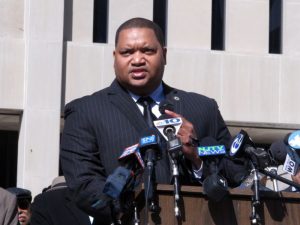 The mayor expressed his frustration at a building so dilapidated that chunks of its façade are slowly crumbling away. Calling the current situation “an embarrassment,” Mayor Small said these types of conditions are “not accepted in any other city but Atlantic City.”

Trump Plaza shut its doors in 2014 in the aftermath of the global economic downturn. Billionaire investor Carl Icahn purchased the property after it closed but hasn’t made a move to develop the empty husk. Icahn claims he fully intends to destroy the property and develop something new in its place, but only if the city kicks in to fund half the demolition costs.

Currently the state of New Jersey controls the purse strings for Atlantic City, not the mayor or the city itself. This has resulted the type of fiscal and political red tape that has allowed a billion-dollar building to slowly rot away with nothing being done about it.

Mayor Small’s large words about tearing down the Trump Plaza building have done little to help his own tenuous situation. A plan is currently underway which aims to reorganize Atlantic City local government. The state wants to put out a referendum to voters to replace the mayor with a city council style of government.

If the referendum passes, the mayor’s power would pass to a council of five members, who will choose a mayor and a city manager to run the daily operations of the city. Mayor Small is against the referendum as it would replace him with another mayor of the new city council’s choosing.

The mayor claimed that the referendum move has racial overtones, a sentiment he expressed to NJTV. “The move reflects a mindset that believes African Americans and other races can’t govern and don’t have the backbone or the courage to fight,” Small said.