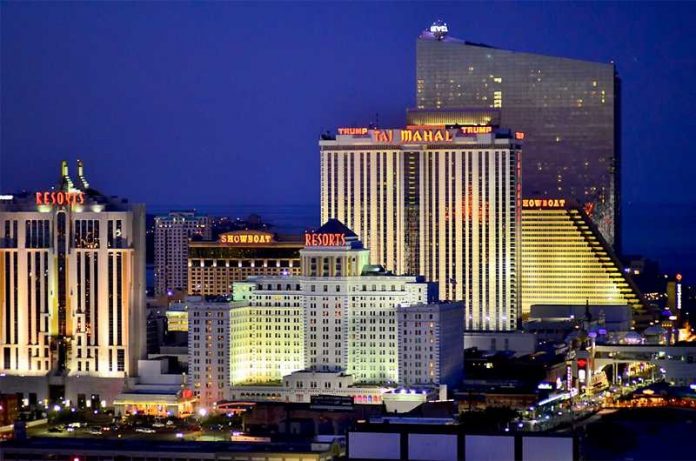 Summer has been sizzling hot for Atlantic City as a combination of rapidly accelerating online gambling revenues, two new casinos opening their doors and the introduction of legalized sports betting has seen overall casino revenues soar to new heights, up a solid 12.8% over July 2017.

Gross gaming revenue hit $302 million for the month of July as compared to $267.9 million in July 2017, according to the New Jersey Division of Gaming Enforcement’s monthly figures. 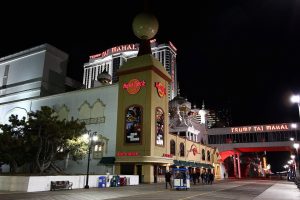 With the new 1,399 room Ocean Resort and Casino with 130,000 square feet of gaming space, and the new 2,000 room Hard Rock Atlantic City offering 2,100 slots and 120 table games, finally open for business as of the end of June, the two combined were able to chalk up $49.8 million in casino revenues for the month of July. The Hard Rock, which also offers a wide range of entertainment options, including up to 300 live shows a year, was hands down the most profitable of the garden State’s casinos, racking up $32.7 million in July casino revenue.

“Clearly the new casinos have added competition and it has been a good thing for visitors,” James T. Plousis, chairman of the New Jersey Casino Control Commission, said in a statement.

“Market adjustments were expected and will continue as each casino works to attract new customers and build their market share.”

Before the two new luxury integrated resort casinos opened their doors to launch the summer season, Atlantic City had seen an 11.7% drop in total casino revenue for the first quarter year on year, a worrying sign that led to fears that a lack of diversity in Atlantic City’s offerings, increasing regional competition, such as the Valley Forge Casino Resort, the Sands Bethlehem and Mt. Airy Casino Resorts in Pennsylvania near enough by to be a draw for gamblers coming from New York City, and the rise of online gambling would mean hopes for a revival may have been overly optimistic. In fact, Pennsylvania casinos saw a solid rise in revenue numbers reporting $16 million more in 2018 revenues than in 2017 to hit $2.35 billion.

Atlantic City’s July revenue figures, however, have given many a cause for new hope as the market begins to adjust to the new opportunities, led by online gambling and sports betting. 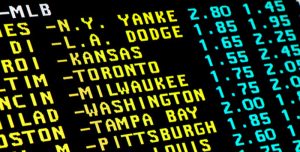 After the U.S. Supreme Court overturned the Professional and Amateur Sports Protection Act, in the case of Christi vs the NCAA, effectively opening the doors on legalized sports betting across the USA, New Jersey, who had been leading the fight to have the Act overturned, were the first to act with sports books opening up within weeks.

Immediately after the Supreme Court ruling 14-state lawmakers were able to fast track a bill to ensure the state would be one of the first to tap into what is estimated to be a $150 billion market. July revenue figures for Atlantic City’s three new sports books at the Borgata, Ocean Resort and Monmouth Park totalled $3.8 million.

Figures are not available for the sports books at the Meadowlands Racetrack and Bally’s Atlantic City, as their betting operations were not launched until near the end of the month.

Online casino operators in the Garden State also saw solid growth. According to a report by BonusSeeker.com, July online revenues hit $25 million, with the Golden Nugget Casino Online showing the strongest growth to take in $9.3 million for the month, setting a new record for online casino operations in Atlantic City. The Sugarhouse casino online also posted impressive figures for the month

In terms of tax revenue New Jersey was able to collect some $23.4 million for the month of July, a 12.5% increase year-on-year. The garden State’s casino tax regime places an 8% levy on gross casino revenue, an 8.5% tax on gross racetrack sports betting revenue and a 15% tax on internet gambling revenue.