The New Jersey Division of Gaming Enforcement has released November revenue figures for Atlantic City’s casinos, to show total revenue for the month of $257.4 million, up a stunning 24.7% over November 2017.

Casino win, the most important statistic for the city’s casino operators, came in at $209.2 million, up 12.6% year-on-year. Online gaming figures also exhibited solid growth, to post $26.9 million in revenue, up 30.7% over November last year.

Total yearly revenue figures, however, were still well down from Atlantic City’s high point back in 2006. That was the year competition opened up in neighbouring New York and Pennsylvania, ending Atlantic City’s long time de facto regional casino monopoly. Just before the competition kicked in, and well before online gaming was substantive enough to detract from brick and mortar casino revenues, Atlantic City casinos pulled in a whopping $5.2 billion in yearly revenue. 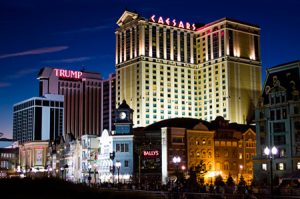 Up until that time, Atlantic City had seen its total gaming revenue grow every single year, starting from the casino building boom in 1978 all the way until the 2006 high water mark.

By 2015, however, with the Trump Taj Mahal in serious trouble and bleeding cash (it would close in 2016), the Trump Plaza already shuttered in 2014 together with the Revel, the shortest-lived casino in Atlantic City history, the Showboat Casino and the Atlantic Club Casino Hotel, total gaming revenue came in at just $2.56 billion.

Atlantic City has since seen modest rises from 2016, with the opening of the Hard Rock Hotel and Casino Atlantic City replacing the former Trump Taj Mahal and the Ocean Resort Casino rising from the ashes of the Revel clearly adding to the City’s total revenue gain for 2018.

Figures released by the New jersey Division of Gaming Enforcement also show a rather interesting anomaly, the fact that both slots revenue and table games grew at exactly the same rate of 12.6% for the month of November. Historically speaking, slots have usually been the fastest growing gaming segment in any casino and have long been the biggest single revenue generator on the casino floor. 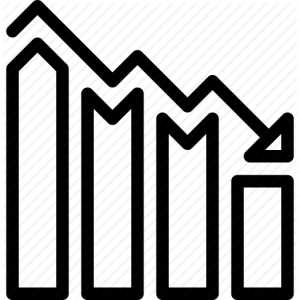 For the first 11 months of 2018, Caesars took a hit, with total gaming revenues down 13.7%. Caesars sister properties Harrah’s and Bally’s, together with the Tropicana saw single digit losses.

The Golden Nugget, however, proved true to its name, rising its head above the pack of losses to see a rise of 14.2% thanks almost exclusively to a strong showing for its online gambling operations, which posted $94.6 million in revenue, doubling the revenue figures of online rivals Tropicana, Caesars Interactive, the Borgata and Resorts Casino’s online operations.

While new casino openings have boosted employment in the City and increased tax revenue, analysts say the aggregate pie simply isn’t growing as fast as many would like. 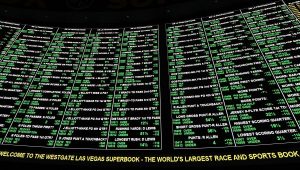 Legalized sports betting, in light of this year’s U.S. Supreme Court decision overturning the Professional and Amateur Sports Protection Act and returning control over legalized sports betting back to the individual states in the case of Christi vs NCAA, also had an impact. Resorts Digital’s partnership with online sportsbook giant DraftKings definitely helped drive revenue for the company, posting some $23.8 million in 2018 earnings to date.

At the same time, sports betting revenue chalked up $21.2 million out of the total $51 million that gross gambling revenue increased year-on-year for the month of November.

While analysts have yet to tabulate the impact of legalized sports betting on other sectors of Atlantic City’s economy, anecdotal evidence points to both couples and groups of friends being more inclined to spend longer in Atlantic City thanks to the fact that they can now bet on and watch live American football games in the City’s casinos, among groups of like-minded sports fans. As a result, hotel room occupancy, meals, drinks and retail shopping all get a boost. 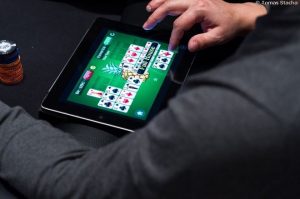 The online gaming segment has been exhibiting slow but steady growth with the exception of one key market segment, online poker.

For the last few years, operators have been able to rely on a steady $2 million or so each month from online poker. While stagnant, the sector had remained steady. Unfortunately, that seems to be changing for the worse, with online poker revenues down 13.7% in November year-on-year compared to November 2017.

On the year to date, online poker is down some 12.2%, elucidating a precipitous decline is the previously stagnant sector.

In terms of tax revenue, Atlantic City saw $166.2 million flow into the city’s coffers from brick and mortar casinos, some $40.5 from the burgeoning online casino sector, $5.1 million from the fledgling online sports betting sector and $2.9 million from in-house sportsbooks.

Looking at the numbers one analyst told the Press of Atlantic City that “total year-round demand might not be sufficient to keep all nine casinos profitable by 2020 and beyond.”

Such pessimism is not new, however. As early as 2014 the city boasted 12 casinos, a number Wall Street analysts have been warning was unsustainable given increasing competition from neighbouring states and well as the rapid growth of online gambling.

With nine casinos in full operation today, the jury is still out on whether this number will remain viable over time.