Streaming services, which are becoming increasingly popular in the United States and Western Europe, are also popular in Australia.

As part of its advertisement crackdown, Australia has banned television advertising by gaming organizations during all live sports broadcasts. However, the Australian broadcasting companies have argued that the ban should also include streaming services.

The Problem with Gaming in Australia

Australians lose more money per person than the citizens of any other country in the world. This has led to a great deal of concern from the Australian government. There are many places Australians can gamble if they choose to spend their time doing so. There are several casinos in the country. One, the Crown Casino, is one of the largest casino resorts in the Southern Hemisphere. Horse track gambling and dog track gambling are legal at race tracks as well. One of the most popular forms of gaming in the country is video poker machines (called pokies). People can find these in shopping centers and grocery stores all over the country. Sports betting is the second most popular form of gaming. Experts have estimated that Aussies spent $1 billion gambling on sportsbooks alone. 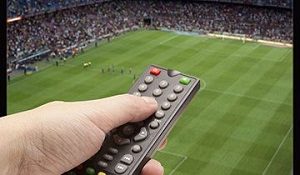 Not only do Aussies love their sports gaming, but they also love sports – without exception. Sports matches represent a large chunk of an Australian’s viewing day, no matter what sport it is. A recent Nielsen poll indicated that 18 of the top 20 most-watched shows on TV were sports games. In addition, the Nielsen Co. estimated that Aussies watch 60 million hours of TV a month. The vast majority of that was on sports games, such as soccer and rugby. These are the two most popular sports on television. Because Australians love watching and participating in sports, it makes sense that bookmakers would love to advertise on television. This is the way most Australians watch sports.

The Effects of the Ban

The Australian government has banned advertising for gambling on live sports broadcasts between 5 a.m. and 8:30 p.m. The government said those are the stipulated times. That is usually the timeframe when children are most likely to be watching the television. Stations must stop all gaming advertising five minutes before the game starts. They can’t resume the advertisements until five minutes after the game ends. The ban has led to several complaints from broadcast companies and advertisers. First, broadcast corporations have stated banning ads from cricket, tennis, and golf was more detrimental for gaming companies. They say the reason is the length of those matches. They are longer when compared with other sports, such as soccer.

Broadcasters have said there should be an exception for multisport games that air all day, such as the Olympics. They should have a small window every two or three hours when gaming businesses could advertise. The Australian government has rejected this idea.

Australia maintains this ban is helping to keep children from being exposed to gaming advertisements on television. But, the government is overlooking one thing. Many websites allow ads for gaming. And, Australians, like many people in the West, are increasingly watching games on the Internet. While streaming games is now banned from gaming advertising, this doesn’t include online ads –for both children and adults. This means that children are still being exposed to advertising. It is just online rather than over the airwaves. And, according to critics, this doesn’t lessen the effect of gaming advertising on children.