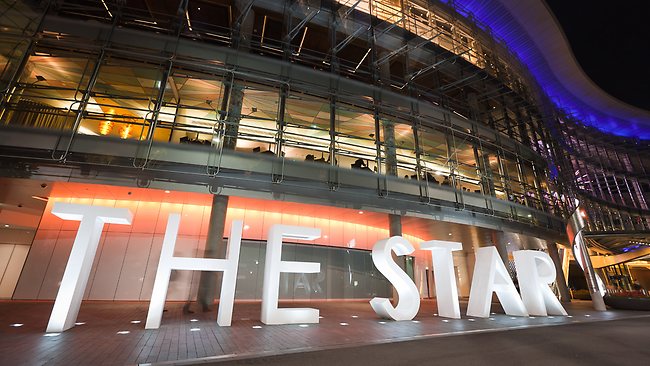 The Star Casino in Sydney has had to fire one of their dealers, after their in-house security & surveillance team caught him attempting to steal a chip worth thousands of dollars.

The man, who remains anonymous, was assigned to a Baccarat table at the time he tried to sneakily slot a yellow chip worth $5,000 into his sock.

The casino recently mailed the CCTV footage to the media, which shows him fidgeting with a tray of various casino chips before pinching one between his ring finger and pinky, before hiding it in his palm and briefly disappearing underneath the table for a few seconds.

When he resurfaces, he looks around cautiously before showing both palms face-up to the camera, in a technique known as ‘showing clean hands’ (something which all casino employees are trained for and must adhere to during every game). Next he is seen to be moving his hand across the table toward a deck of cards, where he continues with the current game as though nothing had happened.

Unknown to him, or with a highly naïve and brainless mindset, the thief did not seem to remember that there are over 3,000 cameras throughout the casino complex, with the majority of them on the gaming floor watching every single person’s move – including the staff. Within a few minutes, the Star’s security had caught the rogue dealer red-handed and fired him on the spot.

‘We already have 360 degree coverage of the property and without touching a camera we can follow someone wherever they go,’ said the casino’s surveillance chief Ms. Catherine Clark.

According to sources, the ex-dealer is now facing prosecution and a suspended sentence for his actions.

Casino Employees Are Some of the Main Culprits

Even though the Star managed to catch the Baccarat Burglar on this occasion, other casinos haven’t been so lucky in the past. Approximately 50% of the losses from all casino robberies are as a result of their own employees, according to a white paper published by Cisco.

The Nevada Gaming Commission also released a similar case study in the past, which showed around 34% of suspects who were arrested for theft from casinos were the employees themselves.

Usually, these robberies involve collaborating with casino patrons and guests in order to try and pull the stunt off. One way they do this is by providing the players with an empty stack of chips, which look like they have a value of $5. The casino dealer then deviously hands the players their chips, which are concealed inside the compartments.

Fortunately the surveillance systems pay close attention to the tables, as well as every individual’s activity, so it’s rare that these kind of tactics actually work or the thieves get away with it.

How Casinos Keep Track of Thefts

All casino staff have to undergo strict background checks before they are employed by gaming establishments too, with some even having to register their employees with the gaming regulator.

Other security protocols that casinos enforce are silent alarms, NORA Public Records Search and RFID Chips. In the case of the Star’s employee, should he have made it past the cameras and managed to walk away with that $5,000, it would only have been a matter of time before the casino caught on, and made the chip null and void. These chips are marked with sophisticated trackers which are scanned before they can be traded for cash, and can be ‘deactivated’ if they flag up on the system as being counterfeit or stolen.

Online casinos still have similar problems when it comes to casino-robbing reprobates, but their biggest challenge is with hackers. Many have taken to implementing a special encryption technology called SSL (Secure Sockets Layer) which protects all players’ personal and sensitive information, as well as their financial transactions.

Online casinos also deploy another technology known as KYC, which ensures there is only one account that the player can deposit, play and withdraw from on the site. It also ensures that no underage players are setting up accounts and gambling unlawfully.

These technologies combined with other smart software, are what make online casinos among some of the safest ecommerce sites out there, and have enabled them to easily track down hackers and prevent cyber-attacks in the past.

While both online and offline gambling operators have got their work cut out for them when it comes to theft and keeping customers’ and their own assets safe – 9 times out of 10, and in every scenario – the house always wins.