Neds, a startup gaming company with a focus on sports betting, has been fined by a court in New South Wales for its advertising campaigns that encourage people to gamble. The advertisers offered incentives to gamblers who opened an account with the company, which violates the law.

Examples of incentives offered by Neds to entice new business were deposit matches of $500 and offers to boost betting of new customers. The Liquor and Gaming Board of New South Wales brought five charges against Neds, and, after pleading guilty, the company was fined $18,000.

A Newcomer in Sports Betting

Neds is owned by bookmaker Dean Shannon and is considered a startup company, having begun in 2017 in the Northern Territory. Shannon has experience with online bookmaking, having founded Ladbrokes and Bookmaker. Neds’ headquarters is located in Brisbane. The company went public with a stock offering worth $55 million in April. Neds has an online presence in all of Australia, and it is estimated the company is worth approximately $200 million. 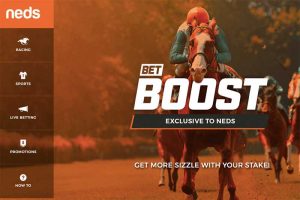 Shannon has stated that he has plans to launch the website in the United Kingdom and other countries. The technology platform the website uses is built to handle high volumes of transactions seamlessly. It is preparing to launch online lotteries and gaming, as well as sportsbooks.

Neds has had a reputation for provocative advertisement since its founding. Its advertisements on television have caused controversy. They have scantily clad women cavorting around offering incentives for gambling and declaring sports gambling to be sexy.

Another ad that was deemed controversial was a television ad that showed construction workers not working at their jobs but placing bets on their mobile phones. That ad, which was free to the business, was pulled from television after dozens of complaints to Australia’s Advertising Standards Board.

Advertising Laws for Gambling in Australia

In the past, advertisers of gambling and gambling products in Australia had more leeway to advertise in whatever manner they chose. However, earlier this year, the NSW government enacted a law that places greater restrictions on advertising of gambling in order to reduce the harm that gambling can cause the population of NSW.

Some of the provisions of the new law are:

While Neds paid the fine to the NSW government, it is not clear if it will change its advertising ways. Shannon is known for his provocative ads, and the more conversation he is able to create about his company, the better.

If his advertising starts conversations and leads to an increase in revenue, then Neds’ fine is a drop in the bucket considering the amount of revenue the company is set to make over the next year. Experts are predicting the company will gross hundreds of millions of dollars in 2018 on bookmaking countrywide.