An Australian sports data company has warned that their earnings will be lower this year. They have been involved in an ongoing sports scandal with Australian tennis. Sportradar had been experiencing growth until the scandal broke.

The company provides sports information services to sporstbooks so that they can give odds to those who want to bet. In addition, Sportradar offers video streaming of games, data distribution to teams and leagues, and integrity services. The integrity services involve tracking data from bettors to ensure that the games are protected from illegal betting or match-fixing. The company has been known for its pioneering work on early warning services. The company has ways to track possible match-fixing by watching betting patterns before the game and during the game. 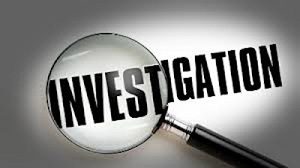 Australia’s Independent View of Tennis Integrity has been investigating possible corruption in tennis. They have been investigating in Australia and the UK. Tennis is a major sport in both nations, and each nation hosts major tournaments. The UK hosts Wimbledon each summer, and Australia hosts the Australian Open in the winter.

The investigation has been ongoing for the last two years. It started because of match-fixing on the opening day of the Australian Open in early 2016. While the match-fixes were at the preliminary level, and not in later rounds, the scandal nevertheless rocked the tournament. Even more shocking was the revelation that leaders of the International Tennis Federation knew about the problems with match-fixing. They opted to cover it up rather than make the public aware of the issues.

The Reaction from Sportsradar

The findings indicated the partnership with Sportsradar and the ITF was problematic; however, the company’s contract has since been extended. The partnership gives Sportsradar the ability to publish live scoring on matches all over Australia. Players ranked at 1000 and up can be tracked. Since lower level players’ data is shared, it actually makes it easier to match-fix, because of the available data.

Sportradar stated that it wants to continue making the data available to sportsbooks. If the data is not made available, it is counterproductive to those individuals who want to make the games corruption-free. Before data was readily available, people would bet offshore on tennis matches on the illegal gaming market. The company says the transparency of data has worked to reduce corruption in the sport of tennis overall.

Sportradar has also argued a total data blackout on the sport illegal waging companies will provide unreliable data. The data will be unreliable because it will be obtained from underground sources. Unreliable data leads to bad betting practices, according to the company, and is against the best practices of the sport.

On news of the report, Sportradar has warned its shareholders that its earnings will be below initial third quarter projections. The hope is that the company can rebound with stronger fourth quarter earnings. The company has reported positive moves for its US holdings, where sports gambling has been increasing as states legalize it.