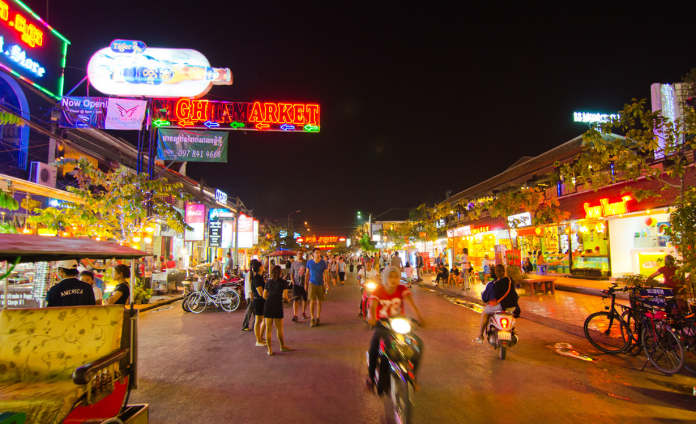 In Short: Casino employees in a Cambodian casino have been accused of beating 8 Chinese gamblers accused of cheating.

According to several media reports in China and Cambodia, staff at an unnamed casino in Sihanoukville illegally detained 8 Chinese gamblers and beat them for nearly 10 hours. The 4 men and 4 women had won several thousand dollars each, when they were separated, questioned, accused of cheating, and beaten severely in the casino back rooms.

In a scene out of a Las Vegas mob casino movie, 8 Chinese gamblers received real-life beatings in the back rooms of a Cambodia casino on April 3. The 8 gamblers were called into back rooms separately, accused of cheating, and then beaten savagely for nearly 10 hours. The assailants used force in order to obtain signed confessions admitting to cheating from each victim.

When the victims refused, they were beaten again. Hospital photos released by Chinese media show clear signs of the beatings, with severe bruises and cuts on the victims’ arms, legs, and necks. One man had his fingers broken.

Casino staff accused the 8 gamblers of cheating, claiming they had security footage showing them engaging in cheating in collusion with corrupt dealers. The victims were not shown the footage, and were beaten until they signed confessions that they committed fraud.

Two victims who spoke with media claimed that 2 police officers were present near the end of their ordeal, but did not arrest the men who administered the beatings. Instead, the police merely instructed the vigilante staff to alter the documents to state that the entire incident was “a misunderstanding.”

Video surveillance footage of apparent cheating was released weeks prior to the beatings, but it is not clear how it is related to the 8 people who were beaten, or if they were even in the casino at the time.

One of the 8 victims told Chinese media about his ordeal. He explained that he and his wife were on vacation in Cambodia, when they decided to cap off the evening with a bit of gambling. The couple were each betting roughly $100 to $200 per hand, and had won around $1,000 by 4am. At this time, the man’s wife was called into the casino office for questioning.

After she failed to return, the man went to search for his wife, knocking on office doors of the casino. One door opened to a scene right out of a mob movie: his wife was being held in a back room and physically assaulted by 5 or 6 men. When he identified himself as the husband of the woman being beaten, he too was detained and beaten by casino staff. They also took more than $10,000 from the man and his wife.

The couple were eventually released to the hospital, where their injuries were treated and photographed for evidence used in legal action. The husband also took secret video footage on his phone as he opened the door to the room; this footage will also be used as evidence.

The man also stated that he did not know why he was beaten, and that it was completely unreasonable. He claimed to not know the other 6 people who were also beaten, and that he had only met them at the hospital where they were all treated for their injuries. They have launched legal proceedings against the casino and its staff, and plan to sue for damages.

Cambodia has become a gambling hub for visiting Chinese gamblers in recent years. And just as in the early days of mob-run casinos in Las Vegas, Cambodian casinos appear to take the law into their own hands. Sihanoukville is a sleepy seaside resort town which has transformed into a gambling mecca almost overnight. Casinos are popping up quicker than laws to regulate them.

The lack of rules draws the attention of organized crime, which thrives in such chaos. Sihanoukville is rife with rumors of triads running the Chinese-owned casinos, and these recent incidents of brutality highlight the importance of legal oversight.