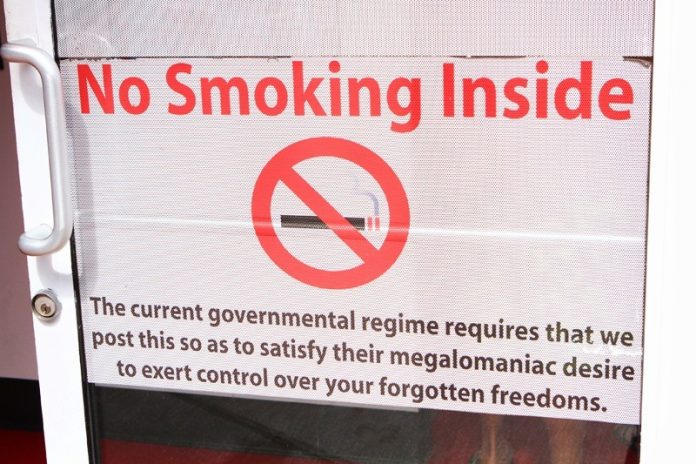 Once upon a time, people smoked everywhere –in restaurants, offices, airplanes, movie theaters, and most definitely, in casinos. But as most U.S. states slowly started enforcing smoking bans in public places, casinos continued to allow unrestricted smoking in their facilities.

After some veteran casino employees started developing illnesses from second hand smoke exposure, they decided to get together to try to influence Nevada lawmakers to enact a smoking ban in casinos. 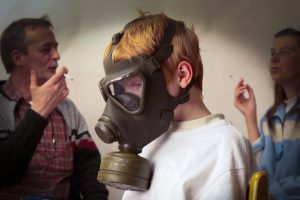 Teresa Price, 63, worked for 28 years as a games dealer in the smoky casinos of Las Vegas. In 2017 she had to take a medical leave after being diagnosed with non-Hodgkin’s lymphoma and heart disease. These types of disease are usually attributed to smokers – but Teresa Price has never smoked in her life. After her diagnosis, she blamed her long exposure to second-hand smoke in her work environment as the cause.

In a town where most of the jobs are connected with the gambling industry, people working in smoke clouds can’t just walk away from the job. In fact, they often love the job and look forward to the action.

“I love the job and meeting new people every day,” Price said. “But the environment is unhealthy.”

And Teresa Price is not alone. Kanie Kastroll, a Las Vegas casino employee of 30 years, also volunteers as an organizer with the dealers’ union, UAW Local 3555. During her long casino career, Kastroll has seen many cases similar to Teresa Price, where veteran workers begin developing ‘smoking diseases’ after years of exposure to second-hand smoke.

“It’s one of the biggest complaints other than abusive guests that (the union) has,” Kastroll said. “When you’re sick, you get sicker, or you’re sicker longer.”

Lysa Buonanno is a former cocktail waitress who worked in Las Vegas casinos from 1992 to 2009. For the last 8 years she has been in treatment for stage 4 lung cancer – and she is a non-smoker. She attributes the crowded bars and lounges choked with smoker for her disease.

“I was in that environment full-time for 17 years,” Buonnano said. “Especially in the bar atmosphere, where it was much smaller and ceilings were lower, it was extremely smoky. You felt it and you saw it as soon as you walked in the door.”

While casino workers are trying to catch a breath of fresh air, it’s business as usual in the smoky Vegas casinos. Kastroll, Buonnano, and several others would like nothing better than to see a total smoking ban in Las Vegas casinos. But those in charge can’t see through the haze. Clark County Commissioner Tick Segerblom is one of the many Nevada officials who sees no reason to ban smoking in casinos.

“It’s just part of the Las Vegas culture,” Segerblom said. “We do things other states don’t do, and that’s why people come here.”

Nevada lawmakers don’t seem to want to budge on the smoking issue, saying that people seem to enjoy smoking and gambling at the same time. And since gambling represents the largest contribution to the state’s tax revenue, nobody is willing to bite the hand that feeds them.

The newer casinos in Vegas boast the latest air filtration and ventilation systems which circulate fresh air, but the majority of casinos built before the new millennium still choke on stale second-hand cigarette smoke. Regardless of these filtration efforts, the Centers for Disease Control and air-conditioning engineers say they’re not efficient enough.

The particle size of the dangerous agents in the smoke cloud can’t be filtered out completely by commercial HVAC installations. The agencies go on to say that the only way to reduce the ill effects of second-hand smoke is a complete ban, or separate areas designated for smokers and non-smokers.

But this doesn’t address the key issue. Someone still has to deal cards or tend bar in the smokehouse. Unless they can routinely switch shifts with the smoke-free rooms, the respiratory issues associated with smoke exposure won’t go away any time soon.