Not even three months ago, owners of the Belle of Baton Rouge stated that the downtown riverboat would move to a land location was “highly unlikely.” Now, the general manager of the casino is saying that the company will take a “real serious look” about becoming a land-based casino.

Jim Rigot recently took on the role of general manager a few weeks ago. He spoke with the Downtown Development District Commission (DDD) and shared that Eldorado Resorts is sending development and construction professionals to Baton Rouge. The team will evaluate the possibility of moving Belle of Baton Rouge to land. Rigot stated that the company is thinking about “making a really exciting development.” Rigot also made it clear that the necessary steps to make this a reality were “above his pay grade” but reassured the Commission that the company is seriously considering the move from the riverboat to land.

More Input from Other Executives 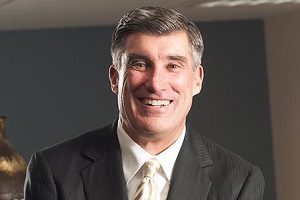 This past November, the CEO and chair of Eldorado, Gary Carano, stated in a conference call with analysts and investors that moving the Belle to land was not likely to occur. However, the company was thinking about moving Isle of Capri Casino, located in Lake Charles. In 2018, legislation was passed that permitted Louisiana’s 15 riverboat casinos to operate on land in a larger gambling space.

Tropicana Entertainment, the company that formerly owned Belle of Baton Rouge, expressed its interest in moving the gambling facility into the atrium next to the riverboat. The space is 80,000 square feet. Eldorado created a deal with Tropicana to purchase Belle in April 2018, and Carano stated that he was interested in continuing the plan to make Belle land-based. One of the main selling points of this plan is that the atrium is already constructed and there is lots of free space inside. Carano asserted that it would cost much less than what other moves would cost. Transferring Belle of Baton Rouge into the atrium would cost Eldorado between $50 and $60 million.

According to Rigot, while he stated that he could not speak for Carano, said that Carano may want to get more details about the potential of the Baton Rouge gambling market before making the move. Belle’s revenue, as well as the revenue across the betting market, has decreased significantly in the last year. This had led gambling observers to blame the decrease on too few new attractions and a smoking ban that is enforced in the parish.

Rigot stated, “You look at this new reality of Baton Rouge where he [Carano] is coming from and the market is not growing, it’s decreasing. There’s serious concern about investing money and getting an acceptable return on investment.”

Rigot also asserted that when it comes to the Belle, it may be best to take a “you build it and they shall come” approach. The casino is currently across Government Street from Raising Cane’s River Center. The center has recently undergone several renovations and expansions and is near new hotels in the downtown area. One of these hotels is The Watermark Baton Rouge; Courtyard by Marriott and Holiday Inn Express are also nearby. Rigot added, “If you really look at the real estate, it’s something special.”

Rigot was the general manager of Hollywood Casino Baton Rouge from 2011 and 2015. He recently told the DDD that he hopes to make an announcement about making the Belle land-based and about holding a ribbon-cutting ceremony on the atrium property soon.