While, overall, the world economy seems to be doing well, there are some areas that are suffering because of government regulation.

One company affected by government regulations is Playtech. When several economic factors are considered, the company’s revenue is mixed. The reason for Playtech’s problems is the large drop in the Asian market.

Playtech was founded in Estonia in 1999. It specializes in providing software for online casino games, poker rooms, sportsbooks, bingo games, live betting, arcade betting games, and scratch-offs. The company has a revenue of $936 million. In addition to online software, Playtech has also added mobile software for mobile gaming to its arsenal. The company is valued at $3.8 billion.

The Earnings from Asia 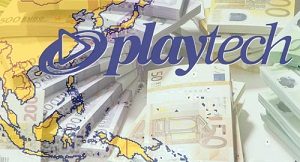 The company’s revenue rose 4 percent to $507 million for the first two quarters of 2018, compared with the same period in 2017. However, if Asia is excluded from its revenue, there is an increase of 35 percent. If the company’s net profit is considered, which was $130 million, that is an increase of 25 percent. So, it would appear that the company is doing just fine. The Asian market has been a consistent drag on the company’s earnings forecast.

First, the company reported that its sales in Malaysia had been significantly lower than they had been previously. Malaysia has instituted a gaming crackdown on syndicates that run online gaming in the country. Most forms of gambling are illegal in Malaysia. In the past, Malaysia was content to look the other way with regard to online gaming. However, the government has now chosen to crack down on the online gaming industry. And, as a result, that has had an adverse effect on the gaming software company.

In addition to the problems with Malaysia, there have also been problems with China. In the past, offshore online gambling companies were asking for Playtech’s software. Now, however, the Chinese government has made it more attractive for other companies, especially Chinese companies, to be competitive with Playtech. That means their prices are low, and Playtech has had to lower its prices to be competitive.

With the problems in Asia, which the company called “disappointing market conditions,” Playtech has said it will need to look for other markets. The Asian market currently accounts for 36 percent of its business-to-business revenue.

Other Opportunities for Playtech

Some researchers have warned, however, that the Italian company might not have been the best one to acquire. The Italian market continues to suffer from extreme regulation from the Italian government, and more regulation is expected. There has also been some talk of Italian authorities banning gaming machines, which make up 50 percent of Snaitech’s worth. Therefore, that means the investment in the company might not have been in Playtech’s best interests. However, Playtech has stated that it has confidence that the European market will continue to expand.

Playtech issued a warning that its profits are going to fall, which initially sent shares tumbling. The shares have recovered a bit, but they are nowhere near as high as they were five years ago. The company remains hopeful that the quality of its games will continue to draw companies to its products.

Dsclaimer: All images are copyright to their respective owners and are used by USA Online Casino for informational purposes only.