The sportsbooks give the Hoosiers a -130 that they would go over five wins, and a +110 they will go under five wins. This team has a better than average chance at winning over five games. Coach Tom Allen’s offense is returning many starters, and the quarterback position should be improved over last year. However, the defense is the big question mark, as they lost eight starters. The Hoosiers may benefit from their non-conference schedule. 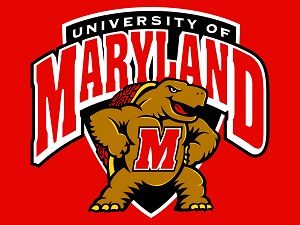 Maryland is off to a great start with a victory over Texas the first week of the season. Oddsmakers have given Maryland the over five wins (+105) and the under of five wins (-125). The team has a nice corps of running backs, and a solid offensive line. If the quarterback can stay healthy, the team may have an opportunity to beat the over. However, note that the last three out of four games the Terrapins play are brutal: Michigan State, Ohio State, and Penn State. 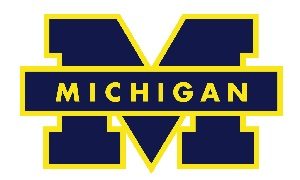 Bookies are predicting -135 for over 9 wins, and +115 for under 9 wins. This means that, for the most part, the bloom is off the rose for those national championship dreams. The Wolverines did get a bit of a gift when they found their quarterback transfer from Old Miss was eligible this year. Their promising new quarterback is the bonus on top of a returning good defense. Their biggest problem? Their away game schedule: Notre Dame, Ohio State, and Michigan State.

The Spartans’ odds are +110 for over nine wins, and -130 for under nine wins. Michigan State has a really good shot at the conference title game, and there are a couple of reasons why. First, the team returns 19 starters. Second, the Spartans have a cushy schedule with five road games, and two of their three toughest games are at home. The defense will be tough, as usual.

The prediction for the Buckeyes this year is -115 on over 10.5 wins, and -105 on under 10.5 wins. These odds lead many people to believe that Ohio State will again be in the mix for the playoffs. Urban Meyer’s recruiting has led to an offensive juggernaut with two good running backs and defense has five returning starters. Yet two questions loom large. Question one: Will Meyer’s suspension have a big effect on the team? Question two: Will the team lose one of their two tough road games against Penn State and Michigan State? 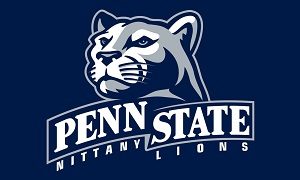 Penn State is also highly favored, with an over 9.5 wins at -105, and an under 9.5 wins at -115. The biggest pluses for the team are the return of their quarterback and a strong offensive line. However, the offense, especially the wide receivers and running backs, are largely untested. In addition, Penn State has its two toughest games, against both Michigan and Ohio State, coming to Happy Valley.

When bookies are taking losing bets on the Rutgers v. Kansas game—and it’s a toss-up—you’re in for a tough season. Rutgers is projected for over 4 wins at -130 and under 4 wins at +110. There is so much wrong with Rutgers, it’s hard to find something that is going well. However, the team picked up a consistent graduate transfer as running back. The defense is going to be better with a combination of talent and returning starters.