Bleacher Report is a website that focuses on everything sports and sports culture. Now, it has launched a new show that takes advantage of the growth of legal gambling in the United States. The creators hope the show will be a good resource for gamblers who are well-versed in betting and betting culture. The show also hopes to reach those gamblers who are just beginning to bet on football.

Bleacher Report began as a website created by high school friends in California. Warner Media purchased it in 2012 for $175 million. 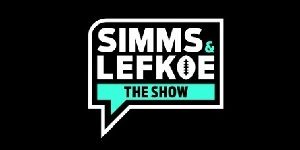 Bleacher Report describes its new show as an NFL show. It features a former NFL quarterback, Chris Simms, as well as a sportscaster and gaming enthusiast, Adam Lefkoe. Called “Simms and Lefkoe: The Show,” the show will air once a week. It will be available on Bleacher Report’s website, app, and Facebook and Twitter pages. You can also find it on YouTube. 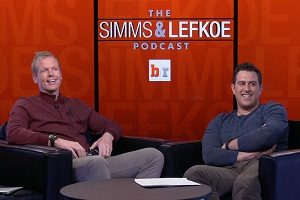 The show has an interesting premise. The producers of the show will give Lefkoe $5,000 to spend on gambling during the 2018 NFL season. Each week, Lefkoe will find a fan to place a bet with. They will discuss who or what should be bet during the show. If Lefkoe wins during the week, he and the fan split the winnings. The fan will receive his or her winnings. Lefkoe’s winnings will go back into the company pot to be bet on future games. If the duo loses, the fan won’t be out any money.

Simms and Lefkoe have been hosting a very popular podcast with one other employee (a producer) since 2014. The podcast started out slowly and has grown in popularity. It has been downloaded more than 500,000 times in the last 30 days. This popularity translates to revenue dollars for the company. For the new podcast, Bleacher Report has hired five employees to run and produce the show. There will also be 20 staffers conducting analyses.

What the Show Will Feature

The show plans to feature guest stars, such as Sam Darnold, Terrell Owens, and Sean McVay. They will focus on NFL players and coaches. In addition, the show wants to discuss each NFL team in depth. This discussion is for those gamers who are serious about each bet they make. Some gamblers rely on their own information to determine whether to pick one team over another. However, gamblers increasingly want to listen or read information about each team. The gamblers, both novices and experts, want to get information that is as up to date as possible. The commentators want to discuss the new culture of betting in general as well.

The need for a program became important because of the recent decision by the U.S. Supreme Court. The decision meant states could decide for themselves whether to allow gambling. As gambling becomes legalized, many gamblers who didn’t gamble much on sportsbooks before are ready to gamble now. In addition, gamers are looking for guidance on the latest odds, based on the most up-to-date statistics.

The new show featured by Bleacher Report is not the only show available for gamblers. The Ringer, which is a new media company founded by a former sportscaster, launched a podcast recently. In addition, the Action Network, a new venture by media investors, also plans a podcast. The Action Network podcast aims to discuss sports betting in general, not just football betting.

The producers hope the football podcast on betting will be so successful the public will be willing to hear more.