Global gambling giants are circling Brazil like vultures looking for a hearty meal. Meanwhile, the future of gambling in Brazil may lie in the hands of the conservative evangelical political wing which helped get President Jair Bolsonaro elected.

Bolsonaro ran his campaign after historical U.S. conservative political campaigns which touted ‘family values’ as their central issue. Bancada Evangelica, the political wing which helped Bolsonaro get elected, also holds 200 out of 513 seats in the Brazilian congress. And he will need their dubious support if gambling is to be legalized in Brazil.

President Bolsonaro has come under fire from the left and right recently. The left accuse him of interfering with educational testing by criticizing test questions about transgender issues. Meanwhile, the right wing has accused him if waffling on the gambling issue, as he came out against gambling during his campaign.

President Bolsonaro is against gambling, but he believes that individual Brazilian states should be allowed to decide the gambling issue themselves. While the conservative, religious-leaning states may oppose gambling, many major cities are pushing for casinos.

Mayor Macelo Crivella of Rio de Janeiro is actively pushing for casinos in the city famous for its giant statue of Christ the Redeemer on a hilltop. Mayor Crivella is also an evangelical bishop, and he hopes to bring the lucrative economic benefits of the gambling industry to the city. The mayor also proposed that the casinos be accessible only to international tourists, to keep the locals from gambling.

The largest Brazilian city of Sao Paolo is also a prime destination for casino operators, and its Secretary of Tourism welcomes the influx of cash and jobs for a region with 16% unemployment.
Among those hugely in favor of casinos in Brazil: Sheldon Adelson of Las Vegas Sands, and Pansy Ho of MGM China Holdings. The casino moguls from Vegas and Macau, respectively, have met with Brazilian leaders to negotiate the possibility of operating casinos in Brazil’s future. But they face an uphill battle.

Religious groups are typically against gambling of any kind, considering it’s a vice unworthy of human pursuit, aka a sin. Marco Feliciano, one of the evangelical faction’s leaders, is totally opposed to legalized casinos.
“We are totally against (casinos), without the possibility of negotiation,” Feliciano said. “Gambling leads to addiction, and addiction destroys families. The state cannot be a partner in this. It is said to heat up the economy. What is the price of a destroyed family?”
Brazil is in the middle of the regulation process regarding land-based and online sports betting, which was legalized one year ago. Brazil’s former president signed the bill to allow gambling, but now the current regime needs to find support in the most unlikely of places: the church. 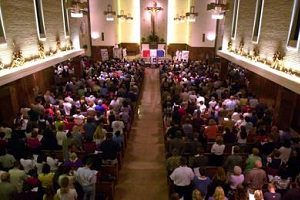 It’s the age-old ‘sin argument’ again. Churches rail against anything they consider a vice, especially when it draws money from their church coffers. Gambling, when properly regulated, economically recharges poorer areas, provides jobs, and generally improves the areas which embrace them. Gambling does have a down side, but gambling addiction can be addressed with proper education and funding for addicts.

Driving is also hazardous in the wrong hands, which is why we don’t let drunks, children, or drunken children drive. It’s a no-brainer. It’s about freedom of choice, church people. You are free to practice your religion, but this does not give you the right to decide the future fate of others.

Why is it that the poorest countries in the world are often the most religious? Why does the Almighty Church want to keep their people out of the casinos? Maybe it’s because the Church wants the meager money of their poor flock in their church collection plates instead. Better to buy your way into Heaven than risk hell (and jackpots) in casinos.

Countries have tried the old ‘separation of church and state’ policy before, but religiosos keep insinuating themselves into government at every opportunity. Because that’s what power and money does, and the church wants to keep both.

But what would Jesus do? Why, he would welcome gamblers to Brazil with arms wide open. Just look at Jesus up there, up on that hilltop over Rio.