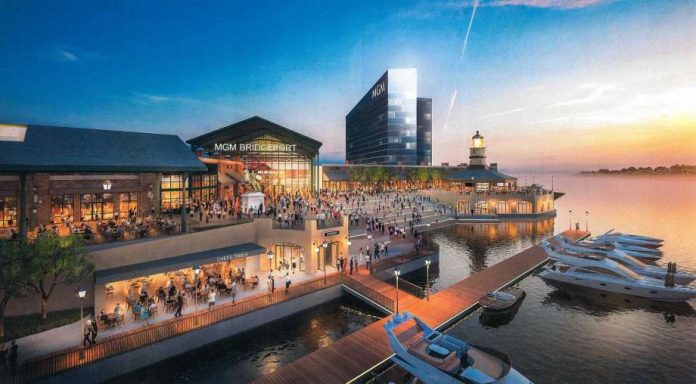 State Senator Dennis Bradley has always been a big supporter of projects that help Bridgeport grow. His most recent goal is to get legislation approval so the Mohegan and Mashantucket Pequot tribes can build a casino within the city limits.

Connecticut is No Stranger to Tribal Casinos 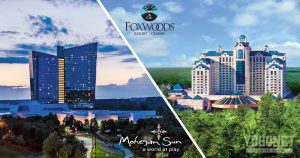 Connecticut already has two major Indian casinos, the Mohegan Sun Casino in Uncasville and the Foxwoods Resort Casino in Ledyard, but there have always been plans for a third one. Both casinos are built on reservation land and run by the Mashantucket Pequot Tribal Nation, respectively. Foxwoods is particularly large at a massive 840,000 m2 and has more than 250 game tables and over 5000 slot machines, and infuses millions of dollars into the Connecticut economy every year. With the addition of a new casino, those numbers could easily double.

In a press release dated late last year, Foxwoods reported that “The Mashantucket Pequot Tribal Nation, owners of Foxwoods® Resort Casino, reached a landmark contribution to the state of Connecticut this month, reporting slot revenue for June that exceeded $4 billion infused into the state economy since the inception of the first-ever slot revenue sharing agreement between a tribe and state in 1993.” The numbers have only gone up since then.

With numbers like those, you would think Connecticut would be jumping at the chance of having a third large casino in place, but things have been moving very slowly and the final approvals still have not happened. State Senator Dennis Bradley has been pushing the state government for an approval – so far, without results. Governor Ned Lamont recently addressed these issues, especially given the pressure from Senator Bradley to provide a definite answer. “There are some legal issues and the tribes have a point of view as well, but they are going to have to step up and make sure that Bridgeport is part of the solution,” Lamont recently said during a press conference.

Bradley, who isn’t taking “no” for an answer, responded that even though the Governor has been saying that getting a casino built in Bridgeport has always been a priority, it just isn’t happening fast enough – and this could be hurting the city.

The 2019 proposed bill, known as the Connecticut Jobs and Revenue Act, would allow the people behind both Foxwoods and Mohegan Sun to contribute 30% of the estimated $300 million cost to build the resort casino venture, with the rest being provided by city and state offices. Bradley believes a tribal casino in the area is a realistic and important project that would greatly benefit the local economy, create more job opportunities, and bring new people to the city.

In 2017, the state of Connecticut considered a proposal from MGM Resort International to open a casino on Bridgeport’s waterfront. However, the approval never came to pass – not until now, at least. The possibility of a tribe-run casino coming to the city is reviving those ideas again, even though the tribes haven’t offered any firm project and there haven’t been any talks regarding location, the size of the project or even what such project would entail and how it would work.

The governor’s office recently issued a statement saying that while the proposed bill is a step in the right direction, it remains too vague for such a meaningful project, and more research and talks need to fall into place before the casino can get the final go-ahead.