Most people who gamble get their money for gambling the old-fashioned way—they earn it at a job. There are some people however, who like to skip ahead. While there have been stories in the past about people committing crimes in order to feed their gambling addiction, David Broad is unique. The man, who lives in Bristol in the United Kingdom, has been caught stealing from donation buckets and charity shops all over the city and surrounding areas in order to gamble at bookmakers. His game of choice? Fixed odds betting terminals.

What Are Charity Shops? 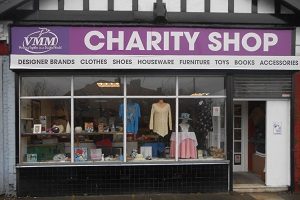 Charity shops, sometimes called thrift stores or resale stores in the United States, are retail stores that are run by a charitable organization in order to raise money for a particular charity. The type of merchandise sold in charity shops varies throughout the US and the UK. Some charity shops specialize in everything from furniture to clothing and toys, while others have a specialty. For example, one shop in London to benefit a children’s hospital specializes in couture clothing for resale.

Charity shops often use all of the money for the charity, other than expenses. Property owners are able to donate space for the charity shops if they want to. One of the earliest charity shops was designed to sell goods that blind people made, and that benefitted the society for the blind. It is estimated that there are thousands of charity shops in the UK, with 700 belonging to Oxfam, a charity that helps people in poverty. 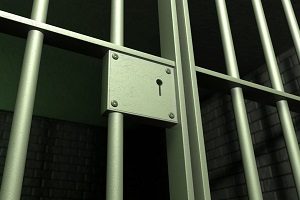 David Broad, by his own admission, has been hitting donation buckets and charity shops for a while. He has been arrested, charged, and convicted of thefts for the last five years that involved either donation buckets or charity shops. Many charity shops, as well as other businesses have a bucket near the checkout counter to collect donations for another cause, such as a child with cancer.

David Broad found ways to either grab cash out of a donation bucket or from a charity shop quickly, or run out of the shop before he could be caught. His first stop? The closest bookmaker. While there were times he bet on a sportsbook, his favorite thing to do was to blow all of the money he had just stolen was to put it all in fixed-odds gambling machines.

Broad stole an undisclosed amount of money from the Save the Children Charity Shop. He also managed to snatch nearly $1800 dollars from a social club charity’s treasurer, an elderly man who was at a local post office to exchange the money into a money order. Broad has stolen or snatched money from charity shops all over Bristol. He pleaded guilty to 38 charges in all. There were also 35 additional offenses Broad could have been charged with that were dropped.

Broad will be jailed for two years at a minimum. The judge called Broad a societal parasite, and told the defendant, he is not sure that he believes his argument that he took from charities because of his addiction. In fact, the judge said he is not sure Broad is even addicted at all. The judge observed that perhaps Broad stole money from charities because he could. By his own admission, Broad saw the money as “free,” since he did not have to work to earn it.

The defendant stated he was hopeful for a spot in a gambling rehabilitation location after he had served his time for the theft convictions. He also wanted to be sure that the judge knew that none of his crimes resulted in injury. The judge however pointed out that the charities themselves were injured because of the money lost.