Argentina is a country that enjoys its gambling. The country has had traditional land-based casinos for decades. However, now there is something new coming to the capital city of Buenos Aires.

The city is offering seven casino licenses to allow online gambling. The city has said it wants to move into the Internet age with regard to gambling. Competition is fierce for the licenses. The government said it wanted to make sure the city’s residents have an amazing online offering.
Argentina and Buenos Aires

Argentina is a republic, and each province governs itself. Buenos Aires is the country’s capital. Like nearly all the South American countries, Argentina was a colony of Spain until it declared its independence in 1816. However, the country was torn by civil wars throughout much of the 19th and 20th centuries. Argentina began to transition to a democracy in the 1980s, and, since then, the country has been relatively stable.

There are about 45 million people who live in Argentina. Buenos Aires is the largest city and has a population of 15 million. Buenos Aires is also considered the cultural capital of the country. The city is famous for its food, art, and music. Because of the influx of European and Asian immigrants, it has one of the most diverse populations in South America. In addition to Spanish, residents of Buenos Aires speak Japanese, Yiddish, Italian, and German.

Gambling in the Country 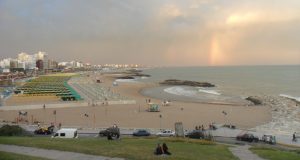 Argentina has been a gambling country since the Spanish brought it with them in the 16th century. The country has 106 casino licenses, four licensed horse tracks, and four bingo parlors. There are nearly 20,000 slot machines in the country’s casinos and 900 table games. The Trilenium Casino de Tigre has more than 65,000 square feet of gambling space on three floors. The Trilenium is famous for its entertainment. Like many casinos in Argentina, the Trilenium features music and dance throughout the evening. Many people go to the casinos to gamble, but it’s the entertainment that keeps them there.

The Move to Online Gambling

The government in Buenos Aires decided to allow online gambling as a way to get additional tax revenue. Buenos Aires decided to offer seven online licenses. Currently, there are 14 operators competing for the seven licenses. A 15th company, Slot Machines SA, chose not to continue the bidding process and didn’t make a presentation. It also does not have an international partner. The company also believed it didn’t a good chance to win one of the licenses. The city government has said it felt it would be best for iGaming companies to have an experienced, international partner. Several of the international partners are legends in gaming in other countries. They include William Hill, 888 Gaming, Bet365, Crown Casinos, Betsson, Playtech, and The Stars Group.

These seven licenses would allow the winning companies to offer a variety of casino games. The casino games that people could play would include poker, blackjack, and roulette. The licenses would also allow the companies to offer online slot machines. However, the licenses go further than that. They also allow the winning companies and their partners to offer virtual sports betting. Many see this as the future of iGaming. Companies can also offer sportsbooks and betting on horse racing.

Winning companies will have to pay a $1.5 million licensing fee and a 25 percent tax on gross revenue. The city plans to award the licenses based on industry experience, data security, and finances. City officials will make their decision known by the end of the year.