North Carolina has not been at the forefront of gambling along the Eastern Seaboard. Although the state sees 50 million tourists from across the state and around the world, there is little gambling to draw them. In fact, most people who visit North Carolina are visiting the beaches in the state, or are naturalists taking advantage of the Blue Ridge Mountains and the Appalachian Trail. Up to the present, North Carolina has seen very little progress on the gambling front. Businesspersons in the Tarheel State have stated that with the opening up of the sports gaming market, if North Carolina does not get on the sportsbook bandwagon, they will be left behind. This is a serious issue, according to the businesspersons, because without gambling revenue, they do not feel their state can move forward. 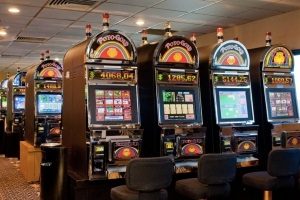 There are only a few forms of legal gambling in North Carolina. Two Indian casinos exist on the fringes of the state. While casinos are illegal in North Carolina, Indian casinos are allowed to operate because of federal law, rather than a state law that allows Native Americans to operate casinos on their reservations. North Carolina only has one recognized tribe, the Cherokee (Eastern Band), which operates all the casinos in the state. They also have a high-stakes bingo parlor. North Carolina also allows bingo and raffles. The North Carolina Lottery is also allowed for the benefit of education. Although lotteries have been allowed to raise money for various causes since the 18th century, the lottery has been an education-only since 2006. Video poker and a form of sweepstakes gambling, which were once legal in the state, have since been banned.

It has been the complaint of several pro-gambling businesspersons that they wanted to start online gambling and sportsbooks in their home state of North Carolina, but have not been able to do so. In fact, there are several Tarheel businesspersons, such as the founder of Gambling.com, who wanted to start their company in North Carolina. Instead, Gambling.com, which rates signing bonus, online casinos, and deals for online websites, was founded in Europe.

Research has indicated that North Carolinians spend about $5 billion dollars each year illegally. The businesspersons’ group pointed out that the revenue from those illegal bets would be in the hundreds of millions of dollars. This revenue could be used by the state for thousands of different projects, such as rural development and infrastructure. The businesspersons said that if North Carolina were smart, it would allow gambling to be legalized. The legalization of gambling, especially sports gambling, would be a completely new chapter in the finances of the state.