The race to secure approval in the development of the second Gold Coast casino in Australia is now wide open. Caesar International, a hotel and casino corporation, whose headquarters are in Las Vegas, have shortly withdrawn from the race. Speculations were rife from various quarters about the move, but multiple media outlets confirmed the news.

Stakeholders are bracing themselves for whatever outcome of the bidding process. Interested parties are facing uncertainties, resulting from the pull out of Caesar International. Caesar International is a globally renowned and acclaimed firm, and its withdrawal might have ramifications in the industry at large. Whether Hard Rock International will continue staying in the fray or follow the steps taken by Caesar will eventually be determined.

Reasons for the pullout 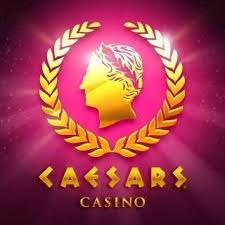 Many unprojected and unanticipated events have happened in recent weeks, activities that might have led to Caesar’s withdrawal. One of the most notable developments is the $17.3 million merger agreement signed between Caesar and Eldorado Resorts. The merger, which took place this week, has done the project to lose its initial allure to Caesar International.

A spokesperson of Caesar is quoted saying that the firm decided not to pursue a casino license in Queensland several weeks ago. The spokesperson’s statement was part of the Gold Coast Bulletin. Although Caesar International has not brought forth a formal communication, the authorities are aware of the decision. Damien Walker, the Queensland Tourism Department director-general confirmed being privy to the decision. Walker is reported saying that the decision by Caesar International followed internal company deliberations. He added that those deliberations were not related to the Gold Coast attractiveness or existing business environment.

Eldorado CEO Tom Reeg earlier in the week hinted on the possibility of Caesar International withdrawing from the project. Speaking during the investor call, Reeg and accompanied by other senior personnel from Eldorado, was non-committal to any future dealings. Reeg is reported saying that following the merger, that no firm or ultimate decision had been made in relation to the firms’ future engagements. He said that the company would only consider international opportunities that are stupendous enough for them to make any deliberations. 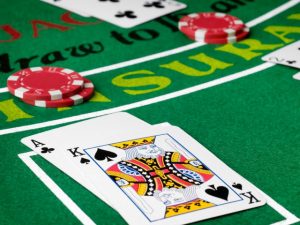 The future of the Sunshine State’s proposed second casino seems to be grim. This follows numerous emerging questions of the viability of the project in relation to revenue returns and commitment from various stakeholders. No official site for the projected has been identified, while questions linger on the ability of the region to support a second casino. The air needs to be cleared on the commitment of the stakeholders towards the establishment of the project.

Further environmental and economical assessments need to be carried out to check the viability of the massive project. Should the project see the light of the day, it will cast doubts on the planned $2B expansion of the Star Entertainment. The Star Entertainment conglomerate with its affiliate The Star Gold Coast property is looking to build four new hotels.

Whatever the outcome of the bidding process, many people are waiting in anticipation to see if the proposed second casino project will become a reality.