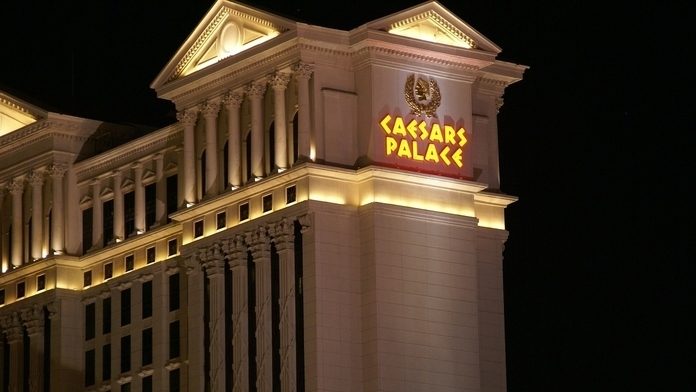 A new policy will soon be put into place at Caesars Hotel that will involve the checking of guest rooms every 24 hours to ensure guests are safe.

A new policy at each Caesars’establishment in the world will be implemented very soon and will consist of hotel employees checking each guest’s room every 24 hours. This includes those with a “do not disturb” sign. According to the Associated Press, the newly exercised caution comes in the wake of the Las Vegas mass shooting that occurred last October and left 58 people dead.

While the new policy was originally set to be conducted by housekeepers, Caesars Entertainment opted for security guards instead after casino staff formed a union opposing the idea. The company may also provide “panic buttons” to its staff should they ever be faced with a threatening situation. It will allow them to urgently call for help. Noel Stevenson, the company spokeswoman, says the approach was developed “in light of tragic events” and to help “further strengthen security.”

Tighter Measures Across the Board

Lately, quite a few casino giants have made changes to their security procedures and Caesars is the latest to make the move. Others include Boyd Gaming, Wynn Resorts, and MGM Resorts. Mandalay Bay, which is operated by MGM, is where the October 2017 Vegas mass shooting, occurred. The gunman went undiscovered until it was too late, which was in part because of a “do not disturb” sign on the door.

Presently, MGM will check rooms after 48 hours if the guest occupying the space has not made any kind of physical or verbal communication to staff, whether the staff person is a member of housekeeping or someone else. MGM also said in a statement that it “reserves the right” to look into a room “to conduct a welfare check” if “deemed appropriate.”

As previously mentioned, Caesars first decided to place housekeepers in charge of conducting the 24-hour room checks. However, that quickly changed after the company received a pushback from workers. The opposition led to a union that almost turned into a news conference being held by the association. The conference was canceled after Caesars changed its minds about the housekeepers. According to the Associated Press, the union addressed the ordeal in a statement, saying “Caesars Entertainment agrees to rescind” housekeepers from checking rooms with “Do not disturb” signs on the doors. The union added the company also notified it that it is currently “testing safety buttons with the intention of providing them to all housekeepers in the future.” Also, an additional increase in security is set to take place on each of the guest floors.

Rich Broome, executive vice president for communications, said if the room is occupied, “housekeeping staff will not enter the rooms.” Broome says security will “knock on the door once a day” and ask to do a “visual inspection of the room.” As far as the “Do not disturb” signs are concerned, Broome says they are “eliminating them and they will instead read “Room Occupied.” Although housekeepers will not go into the rooms to conduct the checks, they will have a list of rooms that have the “room occupied” tag on their doors, and past the list on to security guards, who will then, during the day, knock on guest doors, and ask to perform a visual inspection. As mentioned before, the policy changes came after the 2017 mass shooting at the Mandalay Bay in October. Among other hotel-resorts to make the same kind of changes to their policy are the Disney World Resort hotels. Last December, the hotel-resort conducted various discussions about the policy change and whether it potentially violates the privacy of guests or if the change would assist in alleviating mass shootings, among other various security-related topic matters.