The Caesars Entertainment Corporation has recently announced that it is constructing its debut non-gambling hotel in the United States. The hotel will be in Scottsdale, Arizona.

The project is the introduction to the Caesars Republic brand. The brand will be licensed by Caesar Entertainment, who will offer guidance on design features. This begins Caesar Entertainment venture into the Total Rewards loyalty program. More non-gaming hotels will likely be added to the brand soon. 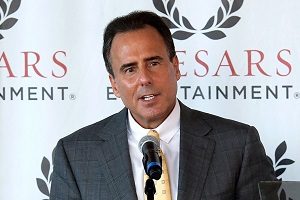 Caesars Entertainment President and CEO Mark Frissora said in a recent statement to announce the project that “Caesars Republic Scottsdale represents the introduction of a new world-class brand and further progress on our strategy to expand our non-gaming business into premier destinations.”

Frissora also added, “This project will be our first non-gaming asset in the United States and demonstrates the global strength of the Caesars brand. We look forward to partnering with HCW Development and Aimbridge Hospitality to create a world-class experience with one of the nation’s most desirable communities.”

No two hotels under the Caesars Republic brand will be identical. Amenities, culinary offerings, and décor for the hotels will be inspired by traditions in the hotel’s region, as well as regional tastemakers and local traditions, according to company officials.

Expanding Outside of the United States 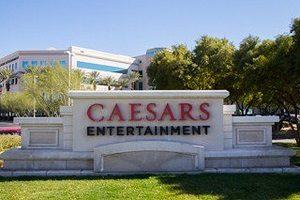 The Scottsdale hotel announcement comes after the opening of Caesars Entertainment’s two luxury beachfront resorts and beach club on the Meraas’ Bluewaters Island in Dubai. The facilities opened in the latter part of 2018. Caesars also mentioned that it has plans to develop a non-gaming hotel in Baja California, Mexico. The hotel will be located along the Puerto Los Cabos coast and will have 500 rooms. The facility is set to be worth $200 million.

Officials for Caesars say that the resort in Scottsdale will have boardrooms, ballrooms, and suites with views. There will also be a bar on the first floor, which will serve after-work cocktails or a glass of wine after patrons spend the day shopping. The resort will also have a signature restaurant with a high-energy ambiance for sophisticated patrons. The restaurant will complement local trade regions so that hotel guests from out of town and locals will enjoy the space. The eatery will also feature plenty of outdoor seating with stunning views of Camelback Mountain, of the iconic landmarks of the Valley of the Sun.

The new Scottsdale hotel will also feature a coffee shop, which will serve as the ideal location for a laid-back business breakfast or a place to grab breakfast on the run.

What Hotel Guests Can Expect

Officials are saying that the hotel experience will set the standard for amenities and rooms in Scottsdale. The hotel offers a mixture of kings, double queens, one, and two bedroom suites. The facility features a bridal suite as well, and five luxury entertainment suites on the 11th floor. Five breakout rooms are featured on the second floor of the hotel, which can accommodate up to 40 individuals each. Alternatively, the rooms can be opened for events for as many as 200 people. The executive boardroom on the second floor can also seat 16 people at a permanent table.

Aimbridge Hospitality COO and President Robert Burg stated, “We are honored to partner with Caesars Entertainment and add a hotel with the iconic Caesars brand to our management portfolio. We share the Caesars’ commitment to operating excellence and look forward to managing Caesars Republic Scottsdale.” Aimbridge is working Caesars to ensure that Caesars Republic Scottsdale is a relaxing and luxurious experience for all patrons.