The fight is over – the federal government’s prohibition of sports betting has been deemed unconstitutional by the Supreme Court of the United States (SCOTUS).

It seems that progress is being made, but in reality, how will legalized sports betting in California unfold?

New Jersey’s efforts have paid off – for the rest of the U.S. 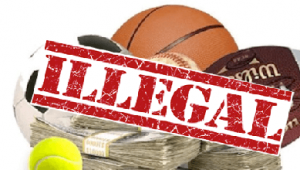 Last Monday, the closely watched case Christie vs. NCAA was put to rest when the Supreme Court overturned the Professional and Amateur Sports Protection Act of 1992 (PASPA), which prohibited states from authorizing or regulating sports gambling.

The 6-3 ruling deemed PASPA unconstitutional, striking down the 25-year-old law that has been a longstanding thorn in the side of all states looking to capitalize on sports betting. (Oregon, Delaware, Montana, and Nevada were the only exceptions, having been grandfathered in due to preexisting laws.)

Supreme Court Justice Samuel Alito wrote: “The legalization of sports gambling requires an important policy choice, but the choice is not ours to make. Congress can regulate sports gambling directly, but if it elects not to do so, each state is free to act on its own. Our job is to interpret the law Congress has enacted and decide whether it is consistent with the Constitution. PASPA is not.”

The SCOTUS decision has been widely praised and hailed as long overdue, but everyone’s focus is now on moving forward as quickly as possible. 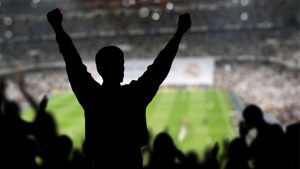 In fact, preparations in California began in July of 2017 with a preemptive bill by California State Assemblyman Adam Gray. Gray introduced ACA 18 to legalize sports betting, saying, “Whether we like it or not, Californians are already betting on sports through illegal and often unscrupulous websites in foreign countries. It is time to bring this multibillion dollar industry out of the shadows. We need to crack down on illegal and unregulated online gaming and replace it with a safe and responsible option which includes safeguards against compulsive and underage gambling, money laundering, and fraud.”

Now, he’s making the move to officially put it into place. ACA 18 would allow sports betting in California and give the state assembly the authority to pass its own regulatory laws. However, as a constitutional amendment, the bill must pass through state legislature with two-thirds majority as well as receive approval from the majority of California voters. The earliest possible vote would be during the November election, but it’s projected to happen in 2020.

When and if this bill is approved, the state Assembly and Senate must then establish regulations to be approved by the governor. A further complication is the matter of who will be included in this lucrative new business. Now that the states have won a collective victory thanks to New Jersey, it’s inevitable that interested parties within each state begin to clash.

The industry is evolving, and as it continues to grow, uncomfortable shifts will be impossible to avoid. Currently, California features a range of gambling opportunities: tribal casinos, card rooms, and racetracks. All three are looking to get in on the action.

Native American tribes will be especially involved, having held a monopoly when it comes to gambling, up until now. Tribes are recognized as domestic dependent nations, which allows them to open up casinos on reservations and tribal land. With this recent development, it’s unclear whether the exclusivity agreement will apply to sports betting.

For better or for worse

Meanwhile, New Jersey, naturally, is ahead of the pack, but states like West Virginia, Delaware, and Mississippi are giving it a run for its money.

California may lag behind in terms of how quickly sports betting is established, but all states are in the same boat – they must design laws with careful deliberation, establish regulations, get them approved, and simply wait and see how things proceed. Part of California’s process may be to hang back in the race and observe what happens in states that move forward more quickly. A delay may be a blessing in disguise.

Like most other states in the U.S., the California gaming industry is ready for big changes. They won’t happen overnight, and they won’t come easily. But perhaps a little extra time and care are exactly what California needs.