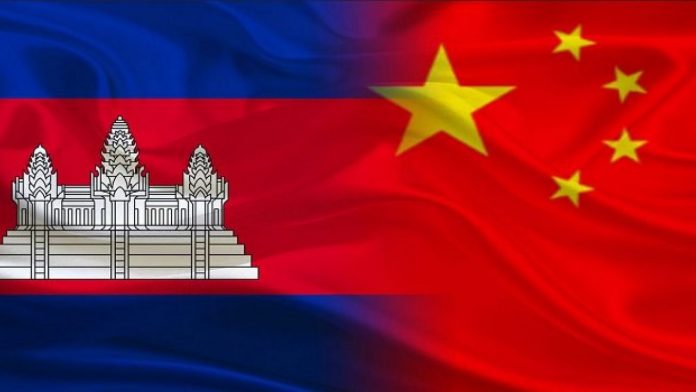 The reasons for the dramatic move came after allegations of criminal organizations using online gambling businesses as a front for extortion and money laundering, according to local reports.

The recent wave of online criminal gambling activity comes after a government casino-license binge, wherein 163 casino licenses were issued in Cambodia. The resulting boom in casino activity, most notably in the resort village of Sihanoukville, started a wave of Chinese casino investment in the region. During the slapdash, pell-mell gambling binge, Chinese triad groups also gained a foothold in Sihanoukville. And a crime wave ensued.

Most of the casinos operating in Sihanoukville are run by Chinese companies for Chinese gambling tourists visiting the area. Mandarin is the official language at most of these casinos, and large numbers of Chinese immigrants have moved to the region for casino employment and management, creating Cambodian Chinatowns.

After incidents of violence linked to Chinese triad gangs, the Cambodian government is finally saying ‘enough is enough.’ But the current directive only bans new online casinos from obtaining licenses. Existing online casinos will be allowed to do business until their licenses expire. 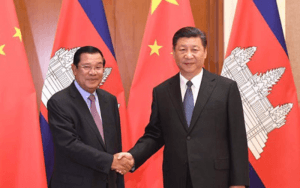 China is one of Cambodia’s largest investors, one which also prohibits gambling on Chinese soil. This ban has effectively resulted in special administrative regions (SAR) like Hong Kong and Macau to become gambling meccas for Chinese gaming tourism.

Chinese officials have ramped up action against junket tour operators catering to high roller gambling tourists. These junket tours reportedly take billions in unreported income out of China, to be laundered through SAR gaming activities. Chinese currency is exchanged for foreign currency by the tour operators. Any winnings are paid out in foreign currency and moved to offshore banks, effectively laundering the money.

China has also established a consulate in Sihanoukville to deal with immigration issues, casino crimes, and assistance for the thousands of Chinese citizens residing in the area. As Cambodians are not allowed to gamble in these establishments, they are strictly Chinese-run businesses. But after a recent wave of violence owing to an increasing triad gang presence, the governments of both countries are working together to control the problem.

In addition to the crimes in physical casinos, Cambodian officials claim that online casino businesses are being used as a front to operate telecom scams and extortion rackets targeting Chinese and Cambodian nationals.

Too little too late? Banning online casino operations seems like bailing out a sinking boat without plugging the holes first. This ban only effects any future online casinos from starting, but current operations can run for years until their licenses expire.

But the elephant in the room is the behemoth which is currently trampling everything underfoot: land-based casinos run by triads. In spite of anemic crackdowns on triad violence in the area—including extortion, beatings, kidnapping and murdered people being thrown out of moving cars in broad daylight—it’s business as usual, it seems.

Establishing gambling is usually beneficial to a region in the form of jobs, economic boosts, taxes, and licensing fees (hence the Cambodian casino license binge). But when 2 countries which ban their own citizens from gambling allow pockets of gray area casinos to operate unchecked, WTF did they think was going to happen?

By letting the previously-sleepy resort town of Sihanoukville to become a Chinese-majority gambling hub, this only opens the doors to criminal elements like the triads. Historically, gangs prey on their own people. Italian immigrant gangs in New York City started protection rackets—effectively extorting payments from Italian immigrants running businesses. This started the mafia in America. The rest is history. You can also ask anyone in towns in Eastern Europe; they’ll tell you all about the Russian gangs.

In addition to extortion, these gangs also deal in ransom kidnapping of rich gamblers, unchecked violence, and human trafficking. These types of incidents are cropping up everywhere from Cambodia to the Crown Casino in Melbourne.

While ceasing to issue online casino licenses will stem the flow of internet crime, what will staunch the flow of blood on the streets? It’s time for China and Cambodia to get together, load up their elephant guns, go on safari, and shoot the elephant in the room: lawless land-based casinos.