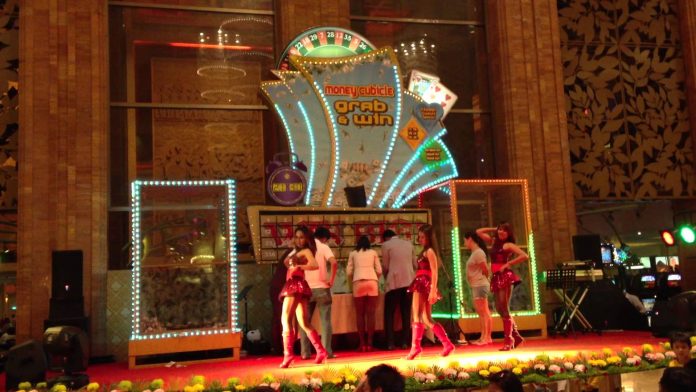 Historically, Cambodia has stood in opposition to gaming for decades. Since the Communist Revolution and the emergence of the Khmer Rouge in the 1960s, the Cambodian government said its citizens were above social ills, such as gambling, drinking, and drugs. Since the deposing of the Khmer Rouge in 1979, the Cambodian government has maintained its stance on illegal gambling for its citizens. However, the government does allow noncitizens to gamble. Increasingly, gambling in the nation is seen as a pastime.

In September, for the first time, there is going to be a gambling seminar in the country.

Gambling in Cambodia has had an interesting history. In Cambodian culture, men were seen as weak or feminine if they did not gamble because taking chances with their money is seen as a brave or masculine activity. Illegal bets on card games take place in the country all the time. Officially, however, the government has banned citizens from gambling in the country’s casinos.

Recently, the Cambodian government has started to relax its position in part because of the money involved with casino gambling in Cambodia. The country is uniquely placed within Southeast Asia to attract gambling revenue. Other countries in the area, such as Thailand, do not allow gambling because the government feels it is a violation of the country’s Buddhist religion. Because Vietnam and Laos have Communist governments, gambling is also prohibited in those countries. Many residents of Southeast Asia are looking for gaming opportunities and, increasingly, they are looking to Cambodia as a gambling destination. It is estimated that in 2016 alone, gambling revenue was in excess of $30 million. That amounts to a large amount of money in a country that is still developing. The Cambodian government, while publicly still not in favor of gambling, has noted the gambling industry has been profitable for the country.

Gambling laws in Cambodia have also come under scrutiny. While Cambodian citizens cannot gamble, many do because they have a foreign passport, which signifies dual citizenship, thus allowing them to gamble in a casino. In addition, many citizens also spend millions of dollars gambling in illegal casinos, sportsbooks, card games, and lotteries each year, which means the Cambodian government is missing out on the revenue from all the illegal gambling ventures.

In addition, Cambodia is increasingly becoming a tourist destination for eco-tourists who want to explore Cambodia’s rainforests or ancient Buddhist temples, such as Angkor Wat. Gamblers have also been coming to the nation, and, in some cases, were flown in by the casinos.

The nation of Cambodia is looking for investors to increase the number of casinos in the country, which currently stands at 75. The seminar, which opens in September, hopes to attract businesses with plans to further develop the country’s casino industry. It is hoped businesses interested in the gaming industry will be able to communicate with each other and form partnerships to expand gaming. Gaming executives are also going to meet to discuss how to approach the country with legislation that would allow Cambodian citizens to gamble. There will also be discussions on the expansion of gaming into particular areas of Cambodia, how to lure tourists to the country for gambling, and how to lure high-roller tourists into the casinos with incentives. Technology and security are also expected to be a focus of the seminar. Experts in the field believe to stay competitive, as well as win additional government approval, the gaming industry will need to ensure client safety and security. Technology will be a focus because the public seems to want additional games and opportunities to play online.