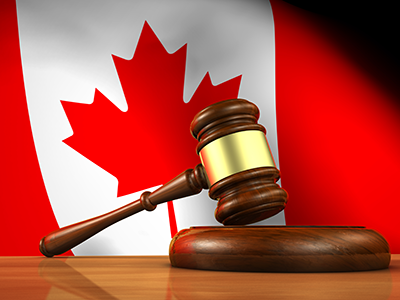 When the U.S. Supreme Court ruled that states can decide for themselves whether they want to legalize sports gaming, it declared a 1992 federal law, as well as a federal practice for nearly 100 years, which said sports betting was illegal on a national level, violated the Constitution. States are now free to enact their own legislation regarding sports gambling. It is expected that many states will swiftly move to enact legislation to legalize many forms of sports betting.

For example, New Jersey – the state that originally brought the lawsuit to the High Court – is expected to legalize all aspects of sports betting into law. If many states legalize single-game betting, Canada will lose out on additional tax revenue that could be used to benefit its citizens. Gambling companies that are already located in Canada have been asking the Canadian government to legalize single-game sports betting to compete with illegal offshore companies and, now, with the United States.

Canada has legalized sports betting, but not single-game betting. The only legal option for Canadians currently is a parlay bet. The parlay bet allows Canadians to bet on multiple sports, or on a single sport across multiple days. Bettors can also bet money in advance on future games with their teams, but they must be bets far in advance of when the game is going to happen. It has been estimated that Canadians spend hundreds of millions of dollars annually on parlay bets.

Some legislators in Canada have tried to pass legislation that would allow single-game betting in the country. So far, they have had no luck getting it through the Canadian parliament. Clearly, Canada is losing out on tax dollars that could be going to the country for programs in each province.

What the United States Can Offer

Currently, no state in the United States has passed legislation to legalize single-payer bets on sporting events. Four states; Delaware, Montana, Nevada, and Oregon, had legalized sports betting before it was declared illegal, and they kept sports gaming. However, only Nevada had single-bet sports gaming.

It has been estimated that Nevada rakes in $5 billion in profits from sports gaming. While this represents a large amount, it is only a drop in the bucket, according to gambling experts. If the United States legalizes sports gaming in the 30 states that currently have some form of gambling, the estimated revenue from sports gaming could be as much as $100 billion a year. But, this is only an estimate at best.

Each state would have control over its own gaming enterprise. For some states, such as New Jersey, single-payer sports gaming could be done at casinos in Atlantic City, or online in the growing online and mobile gaming industry, which is expected to continue to grow. The risk to Canada is that Canadians will choose to gamble either in the casinos or online through U.S. gaming sites, and Canada will continue to lose revenue to its neighbor south of the border.

The Supreme Court decision has large ramifications for Canadians and the Canadian government as a whole. The Canadian government currently uses the tax revenues from gambling to fund programs, including programs for First Nation citizens. Canada has the opportunity to attract additional revenue for its country if it legalizes single-game betting.