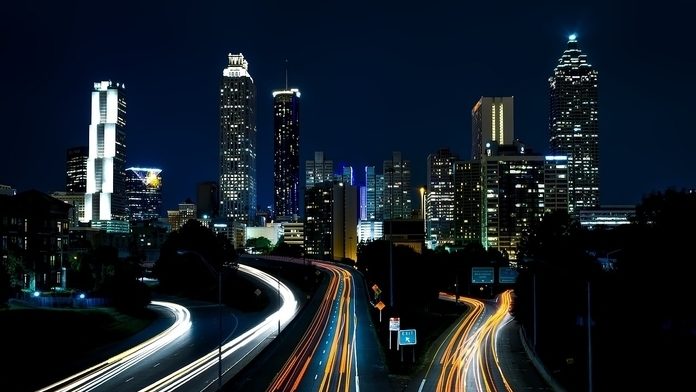 While it may not be easy to accomplish, developers are attempting to bring the gaming industry to the city of Atlanta. While they may talk about casinos, it will take a great deal of luck to finally have gambling legalized in Georgia.

Georgia is the eighth most-populated state in the United States, but it does not have any casinos. There does seem to be plenty of potential for success, however, should Georgia be allowed to participate in the gaming industry. Home to Hartsfield-Jackson International Airport, the busiest airport in the world, Atlanta would certainly make the perfect place to build gambling establishments.

Penn National Gaming, MGM, the Golden Nugget, the Las Vegas Sands, and Boyd Gaming are all working to make this happen. Each has advocates working at the state capitol and making an effort to bring this goal to fruition.

Back in 2015, MGM proposed a $1 billion casino complex in downtown Atlanta. The proposal came after a bill was introduced that would allow six casinos to be built in the city. While MGM wanted to participate in the development, the company could not make any moves without permission from the legislative body. According to The Atlanta Journal-Constitution, although the bill, which was initially proposed by Ron Stephens, chairman of the Economic Development Committee, has not passed, it gained some momentum. This made Stephens very hopeful. At this point in time, MGM had also appointed five lobbyists to assist in pushing its agenda forward.

Ultimately, Stephens feels the addition of a casino would help to move the city of Atlanta forward because it would assist in the funding of educational programs.

“The tourism destination casino has been way overdue to get tourists into Georgia and their dollars into Georgia to fund higher education and Pre-K,” Stephens told the Journal-Constitution.

A poll that was taken in January 2015 showed 57 percent of residents would support an amendment of the constitution to allow the casino revenue to go toward the HOPE scholarship program. Republicans made up 47 percent of votes, while Democrats made up 72 percent.

As for developers, should the gaming industry in Atlanta ever get approved, they would need to invest quite a bit. A requirement of $1 billion would need to be invested, and a casino license would cost $200 million, especially if a company would like to operate in other areas of Georgia. Also, if a casino is developed, the state would be split into five different zones. From there, it would be the responsibility of the Georgia Lottery to issue the six licenses that would be allowed.

According to the state constitution, in order for the process of legalizing casinos in Georgia to move forward, a ballot referendum is required. However, with legislation continuing to disagree, it has been nearly impossible to move forward and get to the next stage, which is being placed on a ballot. Even with a new mayor, there still seems to be some difficulty with introducing the gaming industry to the city. However, although Mayor Keisha Lance Bottoms is skeptical of the idea, she is open to discussing it.

While it’s not certain if or when the state will allow gambling within its borders, some remain determined. Alan Feldman, MGM executive vice president, says his company will continue to set its sights on the city.

“Georgians are already gambling at casinos in North Carolina and Alabama, and the tax revenue from that activity is not supporting much-needed programs in Georgia but instead flowing from local communities to neighboring states,” says Feldman.