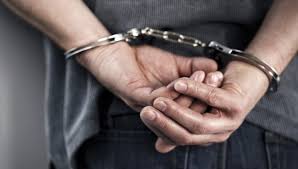 An employee who worked in a Rapid City, S.D., casino that had been robbed twice in a month was arrested after a police investigation discovered the robberies had been staged.

After long hours of investigation, authorities concluded that both robberies were setups.

Carlos Guerrero was arrested and charged with grand theft and conspiracy to commit grand theft after he called the police department about two robberies that had occurred at the Jackpot Casino Too in December. In the first incident, which occurred Dec. 7, Guerrero called the police and said he was being held at knifepoint by one of the robbers. They demanded money from him, and he said he gave it to them.

In the second incident, which occurred Dec. 26, Guerrero called the authorities again. This time, however, he said he was attacked by thieves while in his office. He also told police the robbers made off with $10,000 from the office safe. 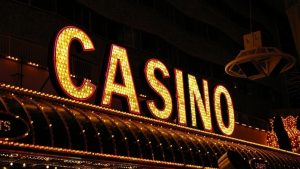 Guerrero’s stories didn’t make any sense, according to the police. As the investigation continued, more suspicious activity was found. According to police records, after the second robbery, Guerrero did not seem to exhibit the signs of someone who had been assaulted. Officers also noticed Guerrero exhibiting strange behavior while they were interviewing him. When Senior Officer Marc Cote requested to see Guerrero’s cell phone, he quickly began to type something. He told the officers he was only trying to delete the background picture, which was of his wife. He said he was not comfortable with the officers seeing it.

However, suspicions grew even higher once the police reviewed the security footage. According to casino.org, a police report by Detective Trevor Tollman stated two perps, who were smaller than Guerrero, were able to easily take him down after pushing him on his shoulder. Guerrero then proceeded to open up a safe once the suspects were already inside the establishment.

“Carlos opened the safe when the suspects are halfway there,”

the police report said. “The suspects walked into the office and moved the chair Carlos was sitting in. Carlos did not react. One of the suspects pushed Carlos’ shoulder and Carlos fell to the ground.”

According to Rapidcityjournal, Tollman also said, “It almost appeared as if Carlos waited for them to get well into the casino before actually opening the safe.”

Officers also looked inside a vehicle that Guerrero had allegedly purchased one day after the incident occurred. Loose money found inside the van led police to believe that not only was it the stolen money but that the vehicle was also bought with the money. 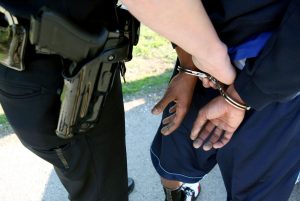 Guerrero was taken into custody and sent to Pennington County Jail. He is being held on a bond of $10,000. Police believe the other two suspects, who are juveniles, are connected to the second incident. They are reported to be associates of the 28-year-old Guerrero. The police are currently working to figure out who the suspect was in the initial robbery.

“Mr. Guerrero’s arrest comes as a result of many hours of diligent and professional police work by many individuals throughout our agency,” says Capt. John Olson, commander of the Rapid City Police Department Criminal Investigation Division. “Mr. Guerrero’s actions have taken away valuable investigative resources as we work to solve legitimate robberies which have victimized our community.”

Olson adds that it is unfortunate that people, such as Guerrero and his associates would go through so much trouble to steal from his own place of work.

The investigations for both robberies are currently still ongoing.