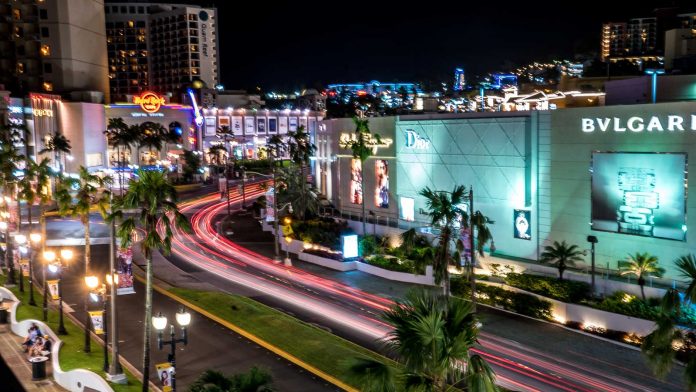 Gambling has been illegal in Guam (the largest island in Micronesia) since the passing of an amendment to the Criminal and Correctional Code in 1977. Online gambling is legal if it’s conducted behind closed doors or in your own home. But owners of establishments offering slot machines, poker, or any other forms of gambling can face very hefty fines and even jail time.

“if we get a bidder for casino gambling, we’ll see. We’ll let the carnival committee go from there.”

The last time the government tried to partially legalize gambling was in 2008, when they held a referendum on legalizing slot machines at greyhound racetracks. The proposal was rejected by 63% of the voters and slots are still illegal in Guam today.

The rules, however, might be about to change. The governor of Guam recently commented on the possibility of allowing casino gambling for a very limited period of time every year. If approved, this new legislation would mean that Guam residents and visitors can finally gamble for two weeks in July every year, during the annual Liberation Day carnival.

The ban on gambling could be temporarily lifted

While Governor Lou Leon Guerrero recently told reporters that she does not support the legalization of gambling on the island, she would not oppose a short-time window of temporary legalization during the carnival. Up until 2017, games of chance and casino gambling had been legal during the Carnival and were, in fact, a major source of income to fund the two-week long celebrations on the Island.

When a bill pushed by Senator Telena Nelson banned games of chance during the July celebrations, organizers had to look somewhere else for funding. This seriously impacted the income generated and invested into the celebrations and resulted in much lower attendance to the festivities. Overall, the banning caused a major slump in the local economy and drove visitors away.

Things have been heating up this year, however, with two major bills introduced to try to fight the decline in attendance and income. The first bill was proposed by Senator James Moylan, who wants to give mayors the authority to reintroduce games of chance during the carnival if they feel it’s appropriate. The second bill came from Nelson, who proposed transferring responsibility for all Liberation Day celebrations to the Guam Visitors Bureau. This would mean separating the celebrations from the political scene and allowing the tourism industry to dictate what would work better for the island.

The introduction of the two bills has caused major controversy, partly because neither the mayors nor the governor were consulted regarding what was best for the island. After the much-publicized controversy, Nelson withdrew the proposal and introduced a new one, which would allow the mayors to maintain their control of Liberation festivities and maintain the ban on gambling year-round. The new bill also suggests that the Guam Island Fair and Liberation Day Carnival activities, should be funded with what’s known as the GVB Rainy Day Fund to the tune of $500,000.

This second suggestion has caused even more controversy, as Guam has more important issues to deal with than spending government money on festivities. In fact, the University of Guam Economics Professor Maria Ruane says that the economy of Guam didn’t grow at all in 2018 and the same is expected for 2019. Allowing income from gambling during the festival could take pressure off the government and result in positive revenues for the island during the July celebrations.

Mayor Melissa Savares has been very clear that the government isn’t pushing for legalizing gambling but “if we get a bidder for casino gambling, we’ll see. We’ll let the carnival committee go from there.”