Up until the 1990s, casinos were only legal in two states. Today, 43 states have passed gambling laws and allow land-based casinos. Virginia is one of the few states that had been holding out on allowing casino gambling, but that’s about to change.

The state of Virginia is passing its own law this winter legalizing both casinos and online sports betting. This is a major win for the state, as casino revenue is a major source of money for states, which often use this to cover expenses instead of rising taxes for its residents.

But not everybody is happy about the new law and some groups are calling the new bill “an obvious exploitation of the poor and working class.”

What It Comes Down To

It’s no surprise that the richer a person is, the less likely he or she is to spend money buying lottery tickets or playing slots. In fact, people who earn $30,000 or less are more likely to spend money gambling than people in a higher earning bracket. And this is the argument being put forward – the state is getting its money from the people who barely have any money to give. The anti-gambling crowd says it’s an additional tax being placed on the poor.

This is particularly poignant in the state of Virginia, where one in nine residents lives in poverty. This is actually not a bad percentage compared to the rest of the country, but statistically speaking, a large number of counties 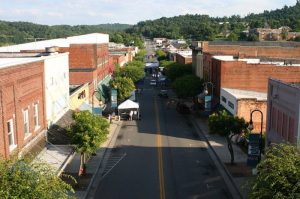 in Virginia have a median household income of less than $30,000 – the primary target of the gambling industry.

The major issue, however, is timing. Casinos all around the country are reporting lower revenue this year. To make up for that, many are pushing hard to attract more customers: better bonuses, and more free stuff. While this might sound great, it often results in customers spending more money than originally planned once they make it to the casino – money they often don’t have to spend.

When it comes to Virginia, however, only time can tell. The new law will bring about more jobs and opportunities for the locals. Maybe it will hurt the working poor. In the end, there’s nothing else to do but wait and see.