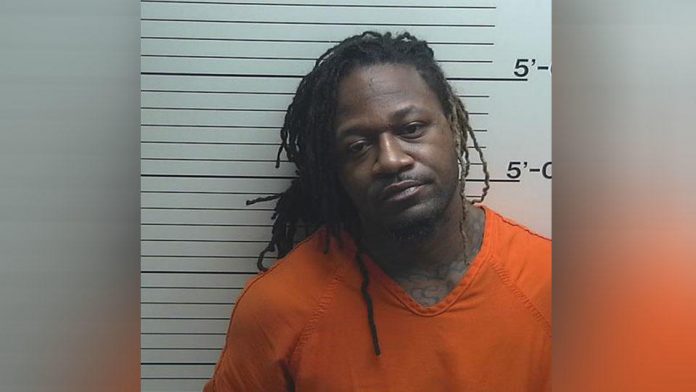 Former Cincinnati Bengals cornerback Adam “Pacman” Jones was arrested at the Rising Star Casino in Indiana for public intoxication and disorderly conduct. Shortly after 3 a.m. on Wednesday, February 27, casino security were called to investigate a man ‘suspected of cheating at a table game.’

Suspicion of Cheating at Blackjack

When Indiana Gaming Commission officials were asked to investigate possible cheating at a table game, they encountered Jones, who became “verbally combative and disorderly” with the agents. Jones was arrested for public intoxication, disorderly conduct, intimidation, and resisting arrest. He was then booked into the Dearborn County Law Enforcement Center at 3:10 a.m.

According to IGC Deputy Director Jennifer Reske, Jones was playing blackjack at the time of the incident, but she would not state what the suspect was doing that aroused their suspicions. IGC responded and proceeded to the table games room, where they approached Adam Jones. He began arguing with casino staff and IGC enforcement agents, and became aggressive and verbally combative.

Arrest and Previous Brushes with the Law

Jones was booked on a single count of suspicion of disorderly conduct, an offense punishable by a maximum penalty of 180 days in jail and a $1,000 fine. The Dearborn County Sherriff’s Department is holding Jones without bail until he appears before an Ohio County judge on Thursday. The casino is located in Ohio County, Indiana, and the case will be processed in that jurisdiction.

This is not the first brush with law for Adam Jones, who has had several encounters with law enforcement in the past decade. In early 2017, Jones allegedly head-butted a police officer. A series of videos showed him arguing with police in downtown Cincinnati. He pleaded guilty to a misdemeanor charge and received a sentence of time served.

Jones has had a number of incidents involving law enforcement over his career in the NFL. In 2007, he was arrested for his part in a major melee at a Las Vegas strip club that ended in gun violence. Jones was reportedly throwing wads of dollar bills from a large plastic bag onto the stage at the Minxx Gentlemen’s Club and Lounge. He became angry when the strippers grabbed all the money, and club staff ejected Jones and his entourage from the club.

Outside the club, one of his associates, Arvin Kenti Edwards, produced a pistol and opened fire on the club, injuring 3 people. Club bouncer Tommy Urbanski suffered paralysis from the waist down after a bullet lodged in his spine. Adam Jones was not charged in the shooting, and was arrested on a gross misdemeanor charge of conspiracy to commit disorderly conduct. Jones was later released on a one-year probation and suspension from the NFL in 2007.

Jones had to complete 200 hours of community service and enter an anger management program. He was also ordered to stay off any non-prescribed drugs and agree to random drug testing. In his first 3 years in the NFL, Jones was arrested 6 times on various charges.

The 35-year-old Jones is a 14-year veteran of the NFL, who played most of his career with the Cincinnati Bengals from 2010 to 2017. He was drafted in 2005 by the Tennessee Titans, and he went on to play for the Dallas Cowboys and the Bengals, until his contract expired in 2017. He became a free agent, and played several games for the Denver Broncos in 2018.

His football career is accented with various accolades. Jones was part of the NFL All-Rookie Team in 2005, received the All-AFC selection for 2006, the First-Team All-Pro selection in 2014, and Pro Bowl selection in 2015. Adam Bernard Jones was born on September 30, 1983 in Atlanta, Georgia. He is 5 foot 10 inches tall and weighs 185 pounds. He got his nickname from his mother as a child, who said young Adam would change direction as fast as the video game character Pac-Man.