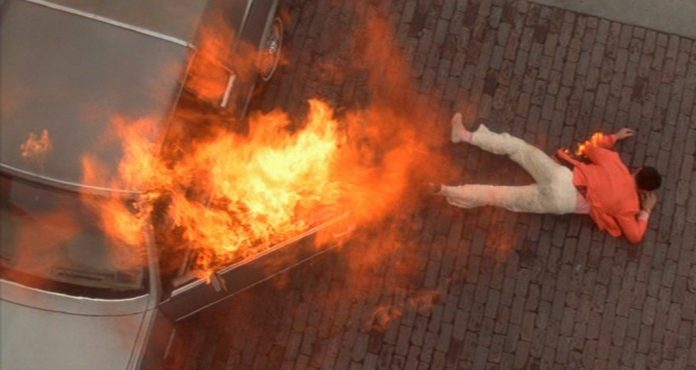 The Mob Museum in Las Vegas put on a sold-out show in celebration of the 25th anniversary of the Martin Scorsese film, Casino, with special appearances and film memorabilia.

One of the celebrities who appeared at the celebration was author/screenwriter Nicholas Pileggi, 87. The author wrote the book Casino: Love and Honor in Las Vegas, the source material for the film Casino. Pileggi also wrote Wise Guy, which became the Scorsese masterpiece Goodfellas.

Pileggi appeared virtually at the event, while former Las Vegas Mayor Oscar Goodman joined the party in person. Goodman was the mayor during the real-life mob events which shaped the film Casino and witnessed the wild and crazy mob rule in Vegas. Goodman’s wife, Carolyn, is the current mayor.

The temporary exhibit (Nov 13, 2020 – Nov 14, 2021) at the Mob Museum features film memorabilia, artifacts, and rare photographs from the film production. Props from the film’s Tangiers hotel-casino will be on display. The Tangiers was a film stand-in for the real-life Stardust on the Las Vegas Strip.

Other artifacts include an original script donated by the late Chicago mobster Frank Cullotta, played as ‘Frank Marino’ by Frank Vincent in the film. Robert DeNiro played the main character in Casino, based on real-life mobster Frank “Lefty” Rosenthal. Frankly speaking, that’s a lot of Franks.

The mob movie masterpiece Casino was directed by Martin Scorsese and stars Robert DeNiro as Sam “Ace” Rothstein, Joe Pesci as Nicky Santoro (based on “Tony the Ant” Spilotro), and Sharon Stone as Rothstein’s wife.

“Ace” ran the Tangiers (Stardust in real life) for the mob, laundered huge amounts of money through the back-room cages, and notoriously dodged the law and assassins at the same time. In the film, “Ace” survives a car bomb when his Cadillac exploded into flames, ejecting him from the vehicle. This is normally the type of scenario which can only happen in Hollywood, but the bombing was based on a real-life attempted hit. That particular model of Cadillac had a solid steel seat stabilizer under the driver’s seat, which saved the mobster’s life when the bomb under the car exploded.

Las Vegas isn’t shy about it’s mobster past, and fully embraces the mob as part of Vegas history (there’s a Mob Museum!). From the first mobsters like Bugsy Siegel, who started the Flamingo in the early days, to “Lefty” Rosenthal, who presided over the 60s and 70s casino eras, nobody is burying these legends in the desert.

Frank Rosenthal reached the ripe old age of 79 before he died of a heart attack. “Tony the Ant” Spilotro was beaten to death in Chicago, and Frank’s wife Geraldine died of a drug overdose at the age of 46.

Frank Cullotta, formerly a mobster and later a film consultant for Casino, died in August at age 81, from complications related to COVID-19.