In a family outing gone terribly wrong, a mother held open a security door in the Star Sydney casino to let her 12-year-old daughter onto the premises, where she played slots with her family.

After the child’s mother let her into the casino through the back door, the kid proceeded to play 20 pokies (poker slot machines) for 20 minutes before anyone batted an eye. The child met up with her father, and the family continued to gamble together without any apparent notice from casino staff.

The family were tourists visiting Australia from China, and they were only stopped once as they were leaving the casino, according to The Guardian. The New South Wales gaming authority fined the casino $43,000 for allowing a minor to gamble. The gaming regulator’s chair, Philip Crawford, was shocked at the nature of the violation.

“It’s quite staggering that the young girl’s parents facilitated her entry in such a deceptive manner, let alone allowed their daughter to gamble,” Crawford said in a statement. “However, not only did The Star fail to manage the risk, once the child was on the gaming floor, there were a number of opportunities where staff should have noticed a very young person playing the poker machines — well before they actually did, which was when the family was leaving.”

So much for the Star’s facial recognition technology.

The 12-year-old was not the first underaged punter to try her luck at the Star Sydney. Between March and July of last year, three minors were seen on the premises of the casino, which is one of the largest in the country. As a result of the three violations, the Star has been fined $64,500. 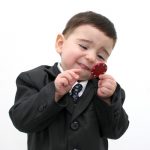 The 17-year-old boy managed to enter the casino on a fake ID as well but managed to stay for more than three hours before security escorted him out. According to CCTV surveillance footage from the casino, the boy bought alcohol at the bar and played 42 rounds of roulette and 22 hands of poker. Footage shows that the boy had 15 interactions with casino staff, who did nothing to stop the youth from drinking and gambling.

The Star reported all three incidents to the gaming authority, who responded by penalizing the casino with obligatory fines. “We appreciate The Star’s cooperation in coming forward each time they detect a minor, however we do take these cases seriously,” Crawford said. “The penalty indicates that every breach requires a regulatory response befitting the risk of harm to young people and the community.”