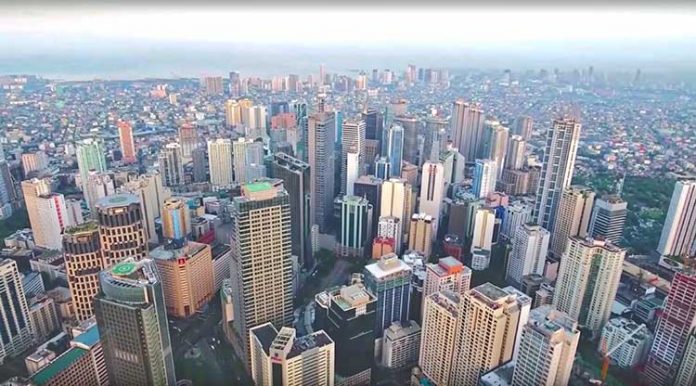 The Chinese Embassy in Manila has asked the Philippines to end the employment of Chinese nationals in the gaming industry. The Chinese war on gambling began with high roller junkets in Macau, and now has expanded to include Philippine Offshore Gaming Operations (POGOs).

China fears the increasing amounts of Yuan hemorrhaging out of the country is being laundered through SAR countries like Macau and Hong Kong—and now the Philippines. However, the gambling business is too good for the Philippines to cave in to China just yet.

China bans gambling on the mainland, so millions of Chinese gamblers have sought other means to satisfy their gambling urge offshore, usually in Macau, Hong Kong, Cambodia, and the Philippines. China has accused the Philippines of illegally operating online casinos (POGOs) which target Chinese nationals, and recently claimed that illegal Chinese immigrants were being exploited in Manila and elsewhere.

The recent accusations are part of a major crackdown on gambling tourism, online gambling, and the quasi-legal banking organizations which help the gaming business thrive. The Chinese government has already opened a Chinese consulate in Cambodia to deal with the negative side effects of gambling there. The rapid explosion of gambling activity in Sihanoukville, Cambodia, has led to triad gangs gaining a foothold in the region.

China has expanded its dragnet to include the Philippines, and has demanded the shutdown of all online gambling activities, in addition to Chinese employment in the gambling sector.

The Philippine Amusement and Gaming Corporation (PAGCOR), the government organization which controls all gambling action in the Philippines, is at odds with China over the situation. Officials at PAGCOR have played down China’s accusations, and said that the “fears and rhetoric used by China were blown out of proportion.”

PAGCOR’s Victor Padilla, a senior manager in the offshore gaming division, said there was no reason to cease their activities. Mr. Padilla went on to state that the Philippines-licensed online operators were not breaking any local or international laws. He continued to address the alleged mistreatment of Chinese workers, arguing that it was “simply a matter of perspective.”

POGOs generate billions in revenue for the Philippines, home to one of the fastest-growing casino industries in Asia. Last year Philippines saw gaming revenues of US$3.6 billion, up 23% from the previous year.

In addition to huge gaming revenue, 58 licensed POGOs employ an estimated 400,000 people, including Chinese-speaking marketing agents, tech support specialists, and many other support positions. With an industry this large, even the menacing threats of an authoritarian regime like China will most likely fall on deaf ears.

China please. Stop the thuggery. Sure, you enjoy international posturing, threats, censoring your own damn internet, and generally oppressing your people in sweatshops. So your ‘accusations’ seem a bit like the pot calling the kettle black. “Exploiting the workers?” What exactly do you think the Filipinos are doing? Forcing Chinese children to work their little fingers to the bone 14 hours a day? No, that would be your Apple factories. Hypocrisy should be in your constitution. Oh, that’s right, you’re a totalitarian regime; you don’t have a constitution.

Solution: lift the gambling ban in China. Problem solved. Worried about billions in Yuan gushing out of your country like an uncorked oil well? Pop a cap in that well, and drill, baby, drill! You complain about losing money to Evil Gambling, but your own SARs suck millions of Chinese gamblers away from your precious arms to gamble in peace.

When you try to stop a basic human desire from emerging, you create repression, black markets, and organized crime. Just look at the Prohibition era in the 1920s U.S. The ban on alcohol basically created the mafia’s dominion in America’s criminal underworld. Think you’ve got triad problems now? Try banning laws in other countries, and see where that leads.

Probably the biggest hypocrisy in China today is the way the whole country is organized. It’s run by Communist dictators financed by Western Capitalists. That would be a great mix if you didn’t brutally oppress your own people. Three words: Tiananmen Square Massacre.

Stop posturing. Blowhards like Trump and Putin are a dime a dozen. Take the reins of your future horse, China. That gallant steed is gambling; let it ride on a rainbow of peace, profits, and POGOs in the Philippines. There’s plenty of Yuan to go around.

What we’re trying to say here is: can’t we all just get along—and gamble?